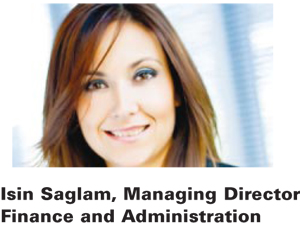 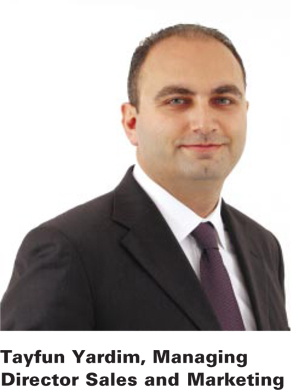 Light + Building 2018 will focus on aesthetics and smartification

Inter Expo Center and Messe Frankfurt: We aim to increase sales volume of exhibit space and attendance on behalf of Bulgarian participants

Light + Building 2016 will focus on energy efficiency and security technology

As of 1 January 2015, there is a new management team at the helm of Messe Frankfurt Istanbul Uluslararasi Fuarcilik. The Messe Frankfurt Executive Board has appointed Isin Saglam and Tayfun Yardim as Managing Directors of the company. They will take over from Mirko Schubert, who had been overseeing the Istanbul subsidiary and who will return to his position as Vice President in charge of International Sales Management in Frankfurt.

Tayfun Yardim, as Managing Director Sales and Marketing, will be focusing mainly on event development management in Turkey and on the key account management of Turkish customers taking part in trade fairs in Frankfurt and at the company’s other locations around the world.

Detlef Braun, Member of the Executive Board of Messe Frankfurt: ”We have ambitious plans and firmly believe that the new management pairing will contribute significantly to the company’s growth in the region.”

From a geostrategic perspective, Turkey is one of the key markets for Messe Frankfurt. In addition to Automechanika Istanbul, which now takes place annually, the company has been organising Texworld Istanbul since this year. Messe Frankfurt is planning to invest in further show events in short notice.

Isin Saglam has been Finance and Administration Manager for Messe Frankfurt Istanbul Uluslararasi Fuarcilik Ltd. since 2002. Having studied Business Administration at Ankara University, her positions prior to joining the company included Ernst & Young, Istanbul being responsible for worldwide companies from various sectors including Finance, Production and Service, such as Tax and Financial Consultant.

The subsidiary Messe Frankfurt Istanbul Uluslararasi Fuarcilik was established in the year 2000. The Messe Frankfurt Group has a global network of 28 subsidiaries and around 50 international Sales Partners, allowing it to serve its customers on location in more than 160 countries. Messe Frankfurt events take place at more than 30 locations around the globe. In 2014, Messe Frankfurt organised a total of 120 trade fairs, of which more than half took place outside Germany.