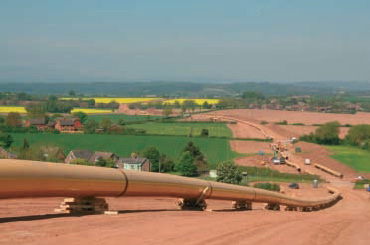 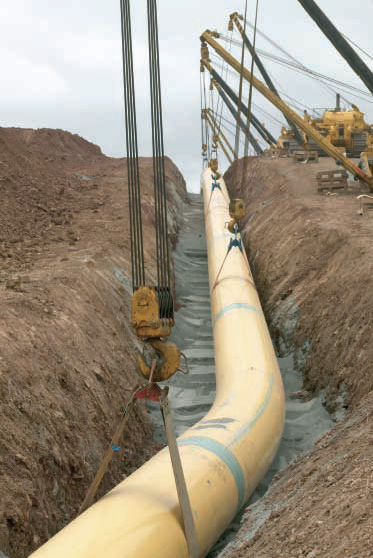 A two-day high-level meeting on the planned Nabucco gas pipeline ended in Budapest at January 27th 2009, with the countries involved in the long-delayed project promising to boost efforts to get it off the ground. The countries involved in the Nabucco gas pipeline reiterated their support for the project, which they hope will transport Caspian natural gas to Europe and reduce the EU nations’ dependence on Russian supplies.
At the end of a two-day summit in Budapest, the Nabucco countries signed a declaration pledging to continue efforts to "create the necessary political, legal, economic and financial conditions for the successful and prompt realisation" of the project.
The idea of Nabucco first emerged in 2002, following talks between Austria and Turkey’s national energy companies, OMV and Botas, with Bulgaria’s Bulgargaz, Germany’s RWE, Hungary’s MOL and Romania’s Transgaz eventually joining the consortium behind the project.
The planned 3,300km pipeline would cross through Turkey, Bulgaria, Romania, Hungary and Austria, carrying up to 31 billion cubic metres of natural gas a year from Central Asia to Europe. It would bypass Russia and Ukraine, whose recent dispute over debts and prices left many European nations without gas supplies for two weeks earlier this month.
Despite support by both the EU and the United States, the project remains grounded. Disagreements over partners, suppliers and funding have raised the pipeline’s estimated cost from the original 4.5 billion euros to nearly 10 billion euros.
The AFP quoted the Nabucco countries as saying Tuesday that they would aim at creating "an effective energy partnership". To achieve this, they would focus on enhancing co-operation among the EU member states, Turkey, Georgia, and the countries of the Caspian Sea region and the Middle East.
EU Energy Commissioner Andris Piebalgs urged the countries involved in the project to issue an official declaration of support for Nabucco by the end of March, ahead of an energy summit scheduled to open in Prague on May 7th.
Attending the Budapest meeting were heads of state and government and economy and energy ministers from Austria, Azerbaijan, Bulgaria, the Czech Republic, Egypt, Georgia, Iraq, Romania and Turkey. Senior officials from Kazakhstan, Turkmenistan and the United States, as well as representatives of the European Commission (EC), the European Investment Bank and the European Bank for Reconstruction and Development, also participated.
Hungarian Prime Minister Ferenc Gyurcsany, who hosted the summit, called on the EU to provide 300m euros in non-refundable funding to kick-start the project. Construction could begin this year or next, with the first gas shipments expected in 2014.
The EC is reportedly planning to invest 250m euros in Nabucco.
"Azerbaijan has always been supportive to this project and today once again we’d like to declare that we continue to support it," said Azeri President Ilham Aliyev, whose country would serve as both a supplier and transit country.