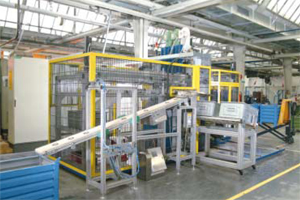 The German automotive supplier Muhr und Bender KG (Mubea) has opened a new manufacturing plant in the western Turkish province of Manisa, the Investment Support and Promotion Agency of Turkey (ISPAT) reported. The investment in the project amounts to 20 million euro.

The Manisa plant is built on an area of 31,000 square meters. The factory will produce suspension coil springs and stabilizer bars with an annual capacity of 3.5 million pieces. The company plans to double the output in the near future, aiming to reach 4 million euro in exports. Some of the largest customers of Mubea in the Turkish market include Renault, Ford and Toyota.

The new facility is the German automotive supplier’s first greenfield investment in Turkey. The company is trying to boost its global presence with its Turkish clients, Jeorg Neubrand, a board member with Mubea, stated at the inaugural ceremony of the Manisa plant. The Investment Support and Promotion Agency of Turkey (ISPAT) supported Mubea during its investment stages.