Montenegro: The youngest country in the SEE region 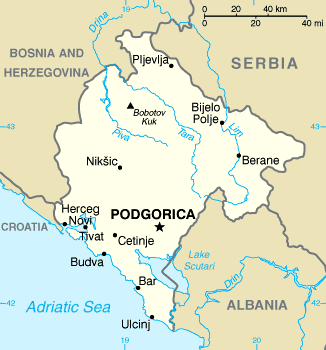 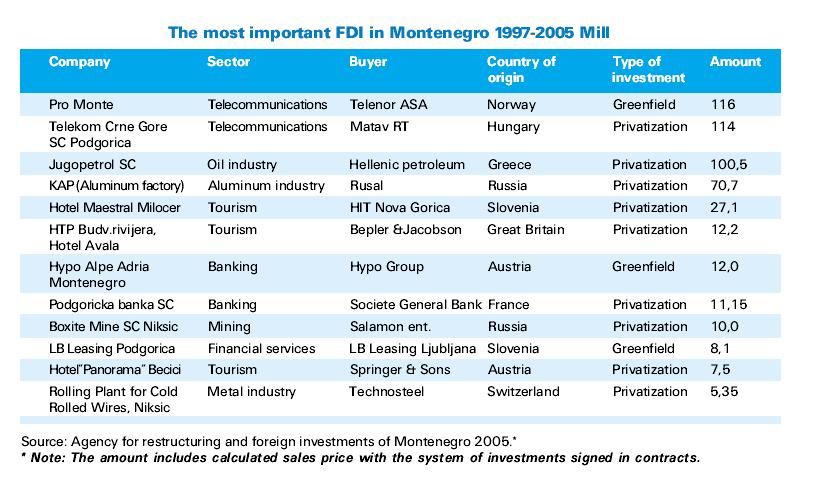 New independent country – Montenegro, appeared last year by separating from Serbia. The status of the union between Montenegro and Serbia was decided by a referendum on Montenegrin independence on May 21, 2006. A total of 419,240 votes were cast, representing 86.5% of the total electorate. 230,661 votes or 55.5% were for independence and 185,002 votes or 44.5% were against. The 45,659 difference narrowly surpassed the 55% threshold needed to validate the referendum under rules set by the European Union. Serbia, the member-states of the European Union, and the permanent members of the United Nations Security Council have all recognized Montenegro’s independence; doing so removed all remaining obstacles from Montenegro’s path towards becoming the world’s newest sovereign state.

During the era of communism Montenegro experienced a rapid period of urbanization and industrialization. An industrial sector based on electricity generation, steel, aluminum, coal mining, forestry and wood processing, textiles and tobacco manufacture was built up, with trade, overseas shipping, and particularly tourism, increasingly important by the late 1980s.

The loss of previously guaranteed markets and suppliers after the break up of Yugoslavia left the Montenegrin industrial sector reeling as production was suspended and the privatization program, begun in 1989, was interrupted. The disintegration of the Yugoslav market, and the imposition of the UN sanctions in May 1992 were the causes of the greatest economic and financial crisis since World War II. During 1993, two thirds of the Montenegrin population lived below the poverty line, while frequent interruptions in relief supplies caused the health and environmental protection to drop below the minimum of international standards. The financial losses under the adverse effects of the UN sanctions on the overall economy of Montenegro are estimated to be approximately $6.39 billion. This period also experienced the second highest hyperinflation in history (3 million percent in January 1994).

In 1997, Milo Djukanovic took control over the ruling Democratic Party of Socialists of Montenegro (DPS) and began severing ties with Miloshevic’ Serbia. He blamed the policies of Slobodan Miloshevic for the overall decline of the Montenegrin economy, as well as Milosevic’s systematic persecution of non-Serbs. Montenegro introduced the German mark as response to again-growing inflation, and insisted on taking more control over its economic fate. This eventually resulted in creation of Serbia and Montenegro, a loose union in which Montenegro mostly took responsibility for its economic policies.

This was followed by implementation of faster and more efficient privatization, passing of reform laws, introduction of VAT and usage of Euro as Montenegro’s legal tender.

11 banks are operating in the country, according to data for 2006. The regulator is Central Bank of Montenegro since March 15, 2001.

Agriculture productions of the country is diversified, ranging from olive and citrus growing in the coastal region to an extensive sheep production in the mountainous part of the country

The most developed industries are electricity production, steel/aluminum/coal mining, forestry and wood processing, textiles and tobacco manufactures, and tourism.

Investments in the country

Characteristics of FDI (Foreign Direct Investments) in Montenegro are highly compatible with the investments in the region, from the aspect of investment structure, as well as from the aspect of investors’ origin and type of investments. These are investments made mainly through the various forms of privatization, with small share of «Greenfield» investments, as well as a significant FDI influx in the sector of telecommunications (infrastructure) and the banking sector. In recent years, with the reduction of political risks and definition of clear framework for property rights, it can be noted that there has been an increase in FDI related to real estate purchase. (According to the data from the Central Bank of Montenegro only after 2003 there has been an increase in FDI in Montenegro, through real estate purchase).