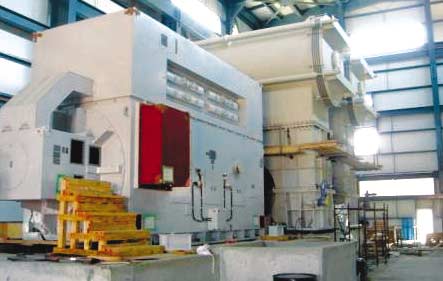 Mitsubishi Heavy Industries (MHI), jointly with Mitsubishi Corporation, has received an order for a steam turbine from Gurmat Electricity Generation Co., which is one of the affiliate companies of Guris Holding an independent power producer (IPP) in Turkey, to be installed in the second 47 MW (megawatt) power generation unit at the Germencik Geothermal Power Plant. The new unit at the plant, which is located on the Aegean Sea coast approximately 60 kilometers south of Izmir, Turkey’s third-largest city, is slated to go on-stream in 2015.

Steam turbines are a core component of geothermal power plants. The latest order represents the second steam turbine to be supplied by MHI to the Germencik Geothermal Power Plant, following a turbine delivered in 2008 for power generation unit No.1. The accompanying generator will be provided by Mitsubishi Electric Corporation. MHI believes that the high operational availability and reliability of its previously delivered equipment were highly evaluated and contributed to the awarding of the new order.

Securing power sources has become a major issue in Turkey due to tight power supplies associated with the country’s robust economic growth. Under this situation, interest in renewable energies has been increasing, and the Turkish government is taking initiatives to promote utilization of the country’s abundant geothermal energy. For the power that will be generated at unit No.2 of the Germencik Geothermal Power Plant, for example, application of a 10-year feed-in tariff (FIT) program is planned.