METAV 2014 - a major platform on the metal processing market 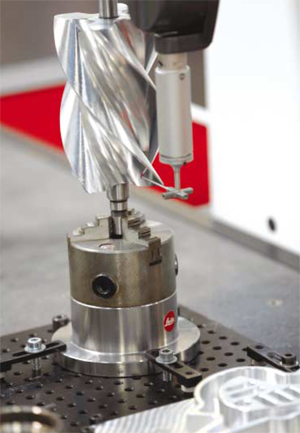 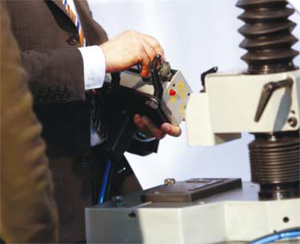 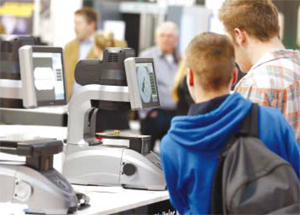 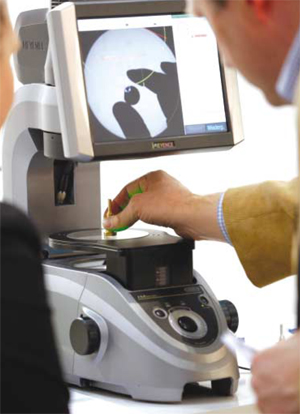 Innovative products are the most important asset in a competitive environment

METAV 2014 has demonstrated that it is a major platform on the metal processing market. Keen interest in replacement and new investments is stimulating business transactions. An attractive additional programme involving innovative topics and presentations attracted the interest of trade visitors from Germany and abroad.

"METAV has proved once again that it is an important catalyst for the business relationships between manufacturers and users of production technology", says Dr Wilfried Schaefer, Executive Director of the METAV organiser VDW (German Machine Tool Builders’ Association).

"It is the first metal processing trade fair in the year with comprehensive coverage, at which the market leaders for machines and moulds/tools, the major dealers and the manufacturers of resources from measurement equipment to software present their latest developments", Schaefer adds. 600 companies exhibited their products, solutions and services at METAV in Dusseldorf from 11 to 15 March.

Most of the visitors to METAV came from industry, followed by craft businesses, trade and services. Almost half of the industrial visitors operate in the machine and plant manufacturing field, while more than one fifth were from the car industry or suppliers to it. Both these industrial sectors together buy more than 70 per cent of total machine tool production.

The percentage of visitors from precision mechanics and optics in particular doubled by comparison with the previous event. "This is attributable, among other things, to our new medical and measurement engineering activities", explains Wilfried Schaefer.

Industry in Germany is planning to invest more again in the current year. "METAV played a major role here, because this is where trade visitors inform themselves about new products and prepare their investment decisions", says Schaefer. The considerably higher quality of the visitors compared with the preceding events is exceptionally important in this context.

Almost every second visitor has decision-making authority at his company and is therefore responsible for investments and procurement. They were very interested not only in machine tools but also in CAD/CAM solutions, testing and measurement technology, precision tools, tool making, mould manufacturing and rapid prototyping.

More than 90 per cent of the visitors said that they had reached the goals they had set themselves for METAV 2014. The experts were very satisfied primarily with the range of innovative new products and technical trends that were presented.

Many visitors even came to METAV with specific investment plans. About two thirds said that they intended to place orders directly at the trade fair or after it. "We have been recording good order intake at METAV and are expecting post-trade fair business to be good as well", confirms Joachim Herberger from Yamazaki Mazak in Goeppingen.

And Alexander Miksch from Miksch GmbH in Goeppingen was delighted: "We have held numerous technical discussions and have obtained unprepared orders - something that is unusual for us."
All in all, METAV 2014 attracted more than 31,400 trade visitors to Dusseldorf. Most of the German visitors came from the west and north of Germany as well as from adjacent markets.

"With METAV, we are reaching a large number of our small and medium-sized customers with between 50 and 200 employees in one of the biggest and most important industrial regions of Europe", says Jens Wunderlich from Profiroll Technologies in Bad Duben by way of summary.

The attractive additional events about new issues were one of the highlights of METAV 2014. Medical engineering, generative manufacturing, quality assurance or Industry 4.0: plenty of visitors came to the special stands and events. They attracted more international visitors too.

"The international spread of the newly established contacts is a feature that should be stressed", confirms Dr. Ulrich Sutor from DMG Mori Seiki Medical Technology in Pfronten, which exhibited on the special Metal meets Medical stand. Most of the foreign METAV visitors came from Belgium, Austria, the Netherlands and Switzerland. They accounted for a slightly higher proportion of total visitors (12 per cent).

The Rapid Area was in great demand too. "We have been able to establish contact with potential new customers. I have been pleasantly surprised by the great interest in our technologies - from the media too", says Oliver Herrmann from RTC Rapid Technologies in Mettmann.

And Hendrik Schonefeld from SLM Solutions GmbH in Lubeck is delighted: "We are at METAV for the first time and have been really enthusiastic since the second day. We have had more contacts than expected and have had very interesting discussions, particularly about mould/tool manufacturing and the processing of many different materials on our machines".

Dr. Wilfried Schaefer from VDW adds: "This positive response is confirmation of VDW’s co-operation strategy with Messe Erfurt, which involves integration of Rapid.Tech and Fab.Con in METAV from 2016 onwards."

About 30 different companies presented quality assurance products and solutions for the first time in the context of the Quality Road. "The Quality Road has proved to be a big advantage. Visitors who have a particular interest in measurement technology have a specific place they can go to for information", says Axel Schieren from Mitutoyo Deutschland GmbH in Neuss.

And Holger Reich from Jenoptik Metrology Germany in Ratingen adds: "We consider the Quality Road to be a good idea. We are in agreement with METAV taking place early in the spring". This positive response to the Quality Road is further confirmation to VDW, which intends to continue extending the concept for the next METAV.

The special show for young people, a traditional feature at METAV, once again attracted many schoolchildren and their teachers as well as numerous instructors from companies with its exciting programme. Young people from vocational schools as well as older pupils from technically oriented general schools were interested not only in career advice from experts but also in contact to the companies.

"Our guided tour groups have been popular too", says Peter Bole from the VDW foundation for the recruitment of young people to the industry, which organised the show. "We will be expanding this special programme in future."

As VDW’s longstanding partner, Messe Dusseldorf’s conclusions about the first machine manufacturing event in the current year are positive too. Company director Hans Werner Reinhard: "The programme of machine manufacturing trade fairs in Dusseldorf has got off to a good start with METAV 2014. We are satisfied with how the trade fair went and are looking forward to METAV 2016."