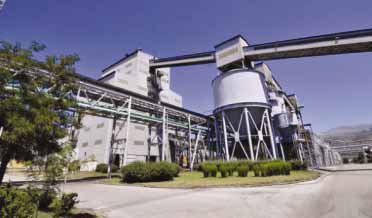 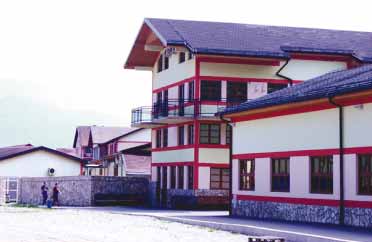 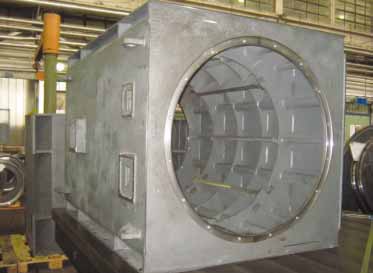 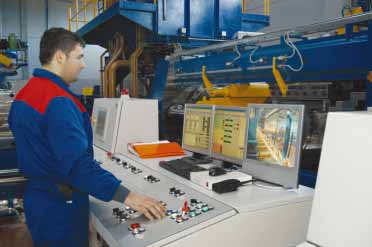 Thanks to Bosnia & Herzegovina’s natural endowment of mineral resources, metal processing sector has traditionally been one of the country’s strongest ones. There is a longstanding tradition of metal processing in B&H, due to the country’s richness in natural resources (in particular iron ore, bauxite, lead, zinc, copper) and the concentration of the military industry of former Yugoslavia. Before the war B&H metal processing industry was embedded in the Yugoslav economic system. Mainly using local inputs the industry was an important supplier of semi-finished products for the rest of Yugoslavia and for markets of the third world countries. Exports did not play a significant role, but existed in special fields. The automotive industry, an important customer of the metal processing industry, was partly located outside B&H (in Slovenia and Serbia) and partly inside, with Volkswagen running an assembly plant near Sarajevo, using about 30% local components. Mostar was a centre of the aluminium and aircraft industries in former Yugoslavia.

The metal sector in Bosnia and Herzegovina seems to have a natural competitive advantage mainly due to existing raw material resources, low wages and skilled labour force.
B&H metal sector has permanent and robust production growth rate of over 10% within past few years, being strongest exporter in B&H economy.

Actual status
Metal processing industry is of great importance for B&H economy with long tradition enabling sustainable development of various value-added businesses, export oriented in particular. According to the economic strategy set by the B&H Government, the metal industry is a strategic industry with comparative advantages. The government supports both foreign and local investors to establish the new companies or to transform existing companies to produce a higher value added products, using domestic semi-finished products.

The global crisis specially affected metal sector since it is export oriented. Export orientation has become the solution for most companies, trying to reutilize and upgrade their former capacities. In spite of significant imports as well, the trade balance for the sector as a whole is positive. This is in contrast to the highly negative overall trade balance of B&H. Companies from metal sector succeeded to move on and according to some estimations gradual market recovery has been expected from 2010 - 2012. Metal industry has a leading position in the value of the manufacturing industry in B&H with a share of 32% in 2005 and 32% in 2009. The share of metal industry is smaller in gross value added (26.1% in 2005 or 25.1% in 2009) and investments (25% in 2005 or 31.1% in 2009). The big majority of companies in the metal processing industry in B&H are small enterprises 80%, 15% are medium sized and 5% large companies.

The price of labour in metal processing industry is competitive, comparing with the world market prices. It makes production cheaper and enables huge orders from abroad. Small private companies buy modern computerized equipment and try to stay on par with current technologies by introducing laser and CNC machines. Their main activity is final processing and the most of them are engaged in cooperation with foreign partners, mostly from Austria, Holland and neighbour countries.

Export
The importance of the metal industry in particular is expressed in the trade.
Metal industry recorded 37.8% of B&H exports in 2010. In the structure of exports dominate aremetals and metal products; share of machinery and equipment and electrical equipment is growing, while there is a decrease in the share of vehicles.The main customer of metal processing industry is the industry itself (primary and secondary processing), the manufacture of metal products, the vehicle and machinery industry, construction and petroleum, gas and electricity industry (tubes, wires).

ALUMINIJ d.d. Mostar
Aluminij d.d. Mostar is a solid stock company with approximately 900 employees and annual export И150 million. Its extensive network of business collaboration includes some of the world’s most prestigious names in the aluminum industry, such as Aminco Resources LLC, Enital Trading srl, Fives Solios, Glencore International AG, Hertwich Engineering, Outotec GmbH, Rain CII Carbon LLC, Wagstaff Inc. This is the obvious evidence that the quality and purity of the Mostar metal is among the best in the world.

In mid-2002, the company completed the first major project of the modernization of the Aluminij facilities. In this visionary initiative of the new technologies introduction and the production system upgrading, the company invested И150 million, and since then Aluminij can equally compete with the world’s leading producers, despite the destructions caused by the war. Production had also been increased by 30 percent, while the expenses on consumption of electricity and raw materials were significantly reduced.

The crucial importance of the constant smelter modernization is clearly demonstrated by the fact that before the War in Bosnia and Herzegovina there were approximately 3,400 workers in Aluminij producing 92,000 tons of metal per year, while today 900 of employees produce 130,000 tons of primary aluminum and aluminum products. The best results of the boldly implemented modernization projects within Aluminij reflected during 2009, 2010 and 2011, when Aluminij survived one of the world’s largest economic and financial crises.

With 100 million tonnes of annual production capacity and 260,000 employees across 60 countries, ArcelorMittal is the world’s leading steel and mining company. The company has steelmaking operations in 20 countries on four continents, in both developing and developed steel markets. In 2011, it had revenues of USD94bn and crude steel production of 91.9 million tonnes, which represents around 6% of world steel output. Around 35% of our steel is produced in the Americas, 47% in Europe and 18% in other regions, including Kazakhstan, South Africa and Ukraine. ArcelorMittal is number one for market position and market share in North and South America, Western Europe, Eastern Europe and CIS, and Africa.

Bekto Precisa
Bekto Precisa was established in June 2005 and today employs over 350 people with a tendency towards further development. In this way is extended the 30-year-old family tradition of building quality and confidence of success which was confirmed by certified quality management system ISO 9001:2008, as well as numerous TUV certificates for product quality, with high scores on many conducted audits, various awards and recognitions throughout world, both for innovations and for the services and quality.

Bekto-Precisa is dealing with the production of highly sophisticated tools for plastic and non-ferrous metals, as well as a combination of metal-plastic. In sections of plastics, we inject positions for auto-, electrical-, sports-, mechanical and other industries, all in accordance with the regulations of European standards and requirements of customers. Using the latest technology, we meet all the requirements of our customers. Superior equipment and qualified employees, guarantee the highest level of quality. It is recognized in our workshops and targeted investments. The company office building, production facilities and storage areas cover well over 50.000m2.

Metalna Industrija Prijedor
The company was founded in 1957. Since 2001, after privatization company operates as a joint stock company under the name Metalna Industrija Prijedor. Primary production is focused on manufacture of welded steel structures and components of carbon structural steel. The company disposes with 52000m2 ground space, of which 6000m2 indoor production spaces, which is served by 5 bridge cranes with maximum loading capacity 80t. Existing production capacity allows us production of approximately 5000-6000 tones per year of welded steel constructions and construction of stainless steel.

FEAL has installed three modern lines for molding aluminum profiles. The lines vary in strength presses installed. Dimensions of the cross-sectional profile and its required mechanical properties, define the material (alloy), a tool for pressing the line on which the profile will be made. Quality and traceability of the production chain are controled by the standards that prescribe standards ISO 9001 and CE mark.

FAGUS
FAGUS company was founded in 1991 in Maslovare, the municipality of Kotor Varos, Republic of Srpska, Bosnia and Herzegovina, by investment of a private capital of the two brothers Branislav and Miroslav Malijevic. At the time it was a plant for primary wood processing.
Today, FAGUS is the group consisting of seven independent companies. The FAGUShaus company is the member of the FAGUS group continuing more then 70-year-old tradition which is the source of the experience for the production of windows and doors by use of natural materials. Windows and doors of the highest quality are produced in modern plants in Banja Luka employing the largest part of totally 350 employees of the FAGUS Group. High standards and high quality are largely due to innovative spirit and improvement orientation of the company.