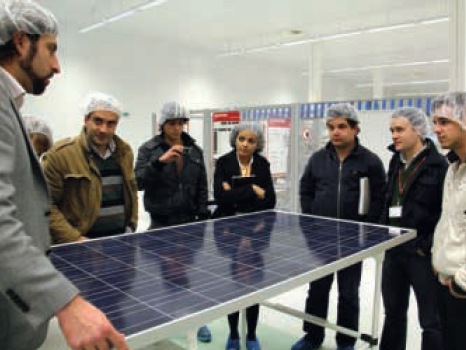 Martifer Solar is opening a new office in Romania. Based in Bucharest, the new subsidiary will share the same building of all the other business units of Martifer group which is already present in the Romanian market since 2004. The company is now present in more than 20 countries over 4 continents (Europe, North and Latin America, Africa and Asia).

At this regard, Pedro Pereira, Martifer Solar’s Regional Manager for the Mediterranean and Managing Director for Romania, commented that "with about 500 people working for Martifer group related companies in Romania, entering this market for us is like being home. We know we can count with the support of highly skilled and experienced colleagues which will make our job much easier from the beginning".

Martifer Solar recently signed an EPC Contract for the construction of a large-scale photovoltaic plant in Romania. Also according to Pedro Pereira, "based on an intense business development activity we have been doing in the Balkans, we are glad to be one of the first players entering the Romanian PV market with this deal".

At present, only 2MW of photovoltaic installations are officially grid-connected in Romania.
Martifer Solar is part of the Martifer Group, a multinational industrial group with more than 3,000 employees focused on metallic constructions and solar energy. Martifer SGPS, SA is the holding company of the Group and has been listed on Euronext Lisbon since June 2007.

Martifer Solar is present all over the world, focusing on EPC, O&M and the distribution of PV modules and components, via its subsidiary MPrime.