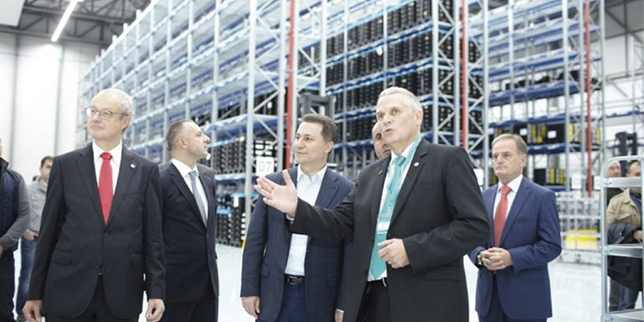 A new factory of the German company Marquardt was officially opened in the industrial zone Karaslari in Veles, Macedonia. The factory that will produce high-tech parts for the German automotive industry (Mercedes, Audi and BMW) has an area of 15 000 sq.m. and already employs 170 of the planned 600 people. The current investment is EUR 25 million and is planned to reach over EUR 35 million.

Marquardt Group is a family enterprise headquartered in Germany. It is a manufacturer in the field of electro-mechanical and electronic switches and switching systems with over 6500 employees worldwide at 12 locations in nine countries on four continents.