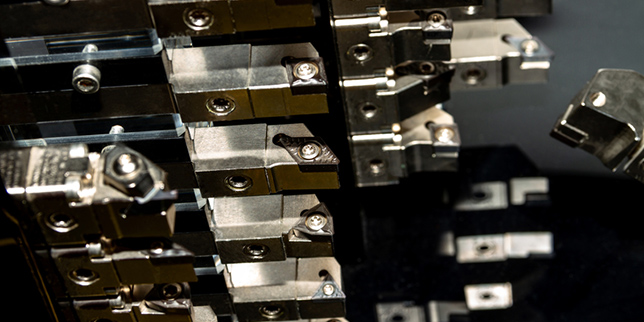 Metal processing industry is a strong industrial branch within the Slovenian national economy and is generally considered to be at the top range of Slovenian manufacturing industries. Within it, the traditional business relationships with Europe’s and the world’s most prominent businesses are based on a modern technology, considerable professional expertise and total quality assurance. Due to various historical, geographical, and other reasons, the prime export market is the demanding and highly competitive European Union. However, considering the importance of having a global presence, the Slovenian metal processing sector also enlarges onto the East Balkans, Near, Middle and Far East as well as East and Central Europe, Asia and both South and North America. Moreover, according to the Chamber of Commerce and Industry of Slovenia, the share of non-EU export is rising constantly. Permanent innovation and improvement in all fields - be it product, production process or business conduct - is considered mandatory.

Our main activity is special machine-building - design, manufacture and installation of machines and production lines, according to customers’ needs

Machinery and metalworking industry in Turkey

The metal processing industry of Slovenia as a sector encompasses three main activity fields: metalworking, machine-building, and transport means manufacturing. As already said, it is considered one of the strongest sectors within national manufacturing industries, and these three activity field are a huge reason for that. The sector employs 34% of employees in the country, generates 31% of export and 31% of income of all manufacturing companies, claims a report conducted by the Chamber of Commerce and Industry of Slovenia. The total number of employees in the metal processing industry is about 54 000 people in 3000 companies.

The latest total income official data for the metal-processing industry in Slovenia informs that in 2014, 7,5 billion euro of total income were realized. The foreign trade represents almost 70% of that income. Also in 2014, the metalprocessing industry made 1,97 billion euro in value added, one of the indicators of business performance, which represents almost 30% share of the entire national manufacturing industries. Value added levels per employee differed from branch to branch, but they were highest in the transport equipment industry. A greater portion of the export value is a result of foreign sales from motor vehicle producers and automotive industry suppliers. Forging, steel constructions, mechanical parts and components and machine building are also among strongest exporters. The majority of products exported are sold in the European Union (mainly Germany, France, Italy, Austria).

But the Balkan region is a traditional export market and the Far East, fast growing markets are also becoming an increasingly common export destination.

In general, the metal processing industry of Slovenia boasts a long industrial tradition. The country itself is often coupled with a good command of foreign languages (90% of the population is able to communicate in at least one foreign language and 70% of the population in at least two of them), which forms a competitive edge. The technologically-minded, highly educated employees represent a workforce that is not cheap, but cost effective, claims the Slovenian chamber of commerce, underlining that in the metal processing industries, 16% of all employees have an university degree and 62% have a secondary school diploma.

In the current issue 1/2018 of the South-East European Industrial Market magazine we take a look at some of the most prominent companies that manufacture metal tools and part within the larger market of Slovenia’s metal processing industry. Information on these companies is take in by official data by the country’s chamber of industry and commerce, as well as from said companies’ own official websites.

MANUFACTURE OF METAL STRUCTURES AND PARTS