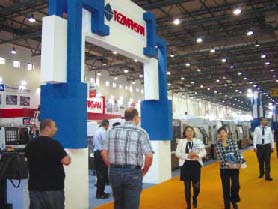 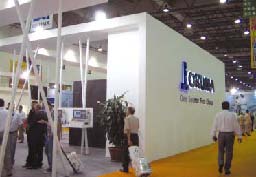 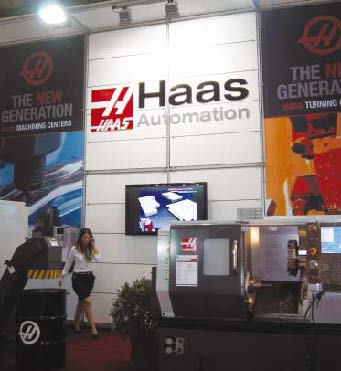 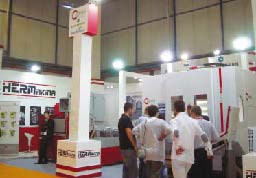 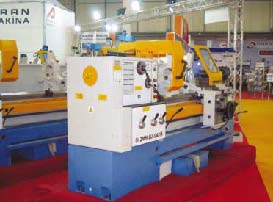 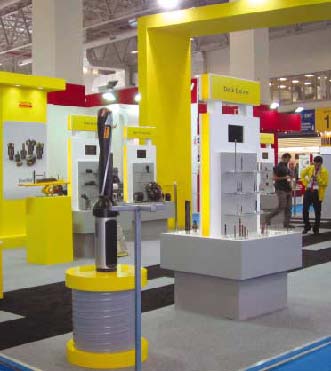 The fair, held between October 2 and 7, showcased a total of 1,000 fully-assembled machines

The MAKTEK Eurasia 2012 Fair, organized by TIAD with the support of the Ministry of Science, Industry, and Technology, was held at the TUYAP Fair Convention and Congress Center in Buyukcekmece Istanbul. The fair showcased a total of 1,000 fully-assembled machines weighing 7-8 tons each. The Fair’s 17,000 kw/h energy consumption made it one of the most attended fairs in the Eurasian region.

"We are currently third in Europe, and our goal is to become second", TIAD President Dr. Eng. Erdal Gamsiz stated during his opening speech for the MAKTEK Eurasia 2012 Fair that Turkey needs to promote more frequent and more extensive use of modern technology and production systems, which in turn will contribute to production and productivity and will improve Turkey’s global competitiveness. Gamsiz said, "Analyzing global use of machine tools reveals that Turkey is 10th in the world with $1.4 billion. The last decade in particular saw Turkey’s machine tools industry grow substantially. The fact that Turkey saw a 49 %increase in terms of machine tool usage last year propelled it to 10th in the world and 3rd in Europe, just after Germany and Italy. We predict that in just 2-3 years, we will rank second in Europe."

During the fair, visitors from 65 countries were hosted. Considering the answers given to our questionnaire, of all these visitors: 51,8 % were from Europe, 34,69 % from Asia-Pacific, 12,79 % from Africa, and 0,64 % from America regions. Visitors ranging from 54 different countries of Asia and Europe continents formed 86,57 % of all visitors. When we look at the positions of the visitors within their institutions; 34,5 % in management positions, 30% in production, 18,40 % in sales &marketing, 10 % in procurement and 7,05 % works in various other positions. 71,4 % of all visitors were either main partners or sole representatives of their institutions" he said. Ersozlu also mentioned that Turkey’s neighborhood, consisting of 5 countries, formed 15,51 % of all abroad visitors. The fair hosted visitors from 16 EU member countries. Turkish visitors were varying from 73 cities, 55,8 % of whom were from Istanbul and the remaining 44,2 % from other cities.