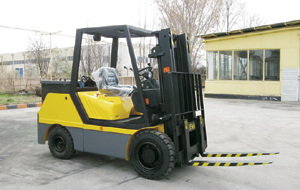 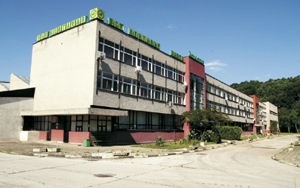 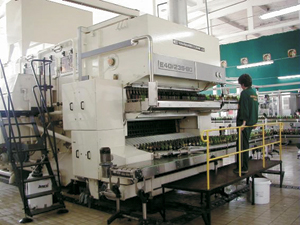 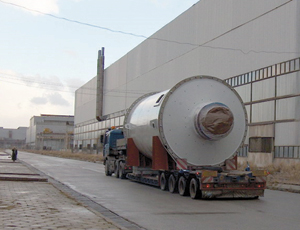 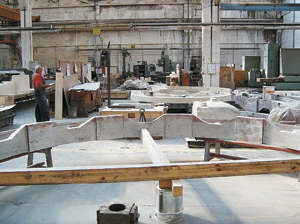 The machine-building sector has a very high importance for the Bulgarian economy in regards to the increasing of the added value, improvement of foreign-trade balance and employment. The globalization and the integration of Bulgaria in the international business community place high requirements in terms of competitiveness and technological development for the companies operating in the sector. In order to achieve stable market positions in the global marked, high productivity, customer-orientated solutions, new business models and quality of the human capital are required. It is required not only to do technological and production update, but the implementation of modern technologies that are environmentally friendly and are in accordance with national and European requirements. In this article, prepared with the assistance of Bulgarian

Branch Chamber Machine Building, we are going to try to summarize what other challenges the Bulgarian machine-building sector needs to overcome and what are its chances to become a leading high-technology sector of the Bulgarian economy with stable positions in the global market.

The dept crisis in USA and EU countries created uncertainty in the markets. It is observed, that the quantity of orders coming from Italy and Germany is going down. According to forecast of Bulgarian Branch Chamber Machine Building (BBCMB), the reduction of the economical growth in Germany, which is "0" in the 4th quarter of 2011, having in mind that in the beginning of the year, the growth was 3%, is going to have adverse impact on the companies in the sector. The reduction in the export of machine-building production during July and August 2011 is evident. Compared to the previous month, the export was reduced by two times as to the same period in 2010. In case that the production in the developed countries of EU is reduced, it will automatically reduce the export of the Bulgarian machine-building production. The forecasts of increase of GDP from 0 to 1% for this year in most of the developed European countries will have negative impact on us as well.

Development in exportsorientated companies
According to the analysis of BBCMB, there was a growth in the export of the export orientated companies, which are permanently integrated in the international market in 2010. Among them are M+S Hydraulic, Kazanlak, Caproni, Kazanlak, HES, Yambol in hydraulics sector; manufacturers of metal cutting machines - ZMM, Sliven. The production of instruments is growing with good speed - Ceratizit-Bulgaria, Garbovo, the production and export share of VSK Kentavar - IZ Dinamika, Drianovo has grown; the production and export of water turbines is growing up - Vaptzarov, Pleven.

The export of the above mentioned companies that are operating in the sector "Production of machines and equipment",according to the industry development strategy, presented by Ministry of Economics, Energy and Tourism is placed in the range of middle technology productions.

Currently in the automotive production sector, Madara, Shumen is developing very well. The company is strongly co-operated with the giant in the production of loading vehicles - the Russian company KAMAZ. The number of orders for 2011 is more than the volume of the orders for the last two years. Currently in Madara are working 840 people - 300 more compared to 2010. For the last 3 years the company started to manufacture broad range of agriculture machinery that can compete with the production of leading foreign companies. There is growth in the export of other machine-building production.

State of the workforce
The number of employees in the individual sub-sectors of the machine-building sector is reducing on annual base after year 2000.

The implementation of new equipment and technologies, which is done by some companies is happening mainly through projects of "Technological modernization of the production" of Operational program "Development of Competitiveness of the Bulgarian Economy", but it has no direct impact on the increase of the number of hired personnel, but on the productivity.

The increase of the personnel in some companies happens as a result of the orders increase, without new equipment being implemented. As an example can be given Metalagro, Dobrich, Radomir Metals etc.

As a whole, the machine-building companies in Bulgaria are not satisfied by the qualifications of the personnel offered at the labour market. They are convinced in the necessity of new politics for human resources management and development and express their readiness to invest in it. The educational programs are not consistent with the business and new technologies requirements in the sector. According to the opinion of the branch chamber, the issue with lack of personnel for the machine-building sector is not only national. There are difficulties for the developed European countries and USA as well.

Investments in the sector
For the period 2002-2005, the investments in the sector are not enough and their volume is equal to the capital allowances. For the period 2005 to 2008 they are increasing on annual bases and reached 9.1 thousand Euros per employee. Despite of the fact that the Bulgarian machine-building industry is on last position for that indicator, compared to other EU member states, the growth of investments is encouraging. A factory for aluminum parts for automobile production of Montupet was built as a futures contract with French capitals, the installation for the car production in Lovech is ready to be commissioned.

Since 2008 up to now, a lot of companies implement projects for technical modernization, with the assistance of the procedure of OP "Development of Competitiveness of the Bulgarian Economy". During the last year a lot of disappointment was observed, due to the long and complicated application procedure, the difficulties of the management of undergoing projects, slow payment, commented from BBCMB. "There are cases, where projects were canceled. The companies continue to count for their development on funds from OP "Development of Competitiveness of the Bulgarian Economy" and 11 companies, SMEs - members of the branch chamber, are eligible for funding as a result of the last application process, and another 3 are in the waiting list.

Because of the crisis, the managerial teams of many companies hold back their investments. The situation is complicated by the high prices of fuels, the increase of prices of energy sources, mistimed changes in the methods of setting of waste taxes, ungrounded requirement the companied to get licenses for cargo transport, having in mind, that they use the transport only for their own purposes etc.", was added by BBCMB.