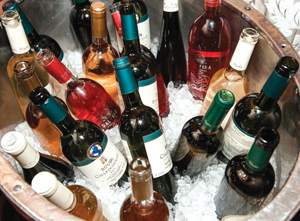 The wine industry of the Macedonian Republic is dominated by red wines, and centers around two native varieties (Vranac and Kratosija), as well as some international varieties such as the ubiquitous Bordeaux wine grape varieties Cabernet Sauvignon and Merlot. The main wine-growing regions are Pcinja-Osogovo in the north, Pelagonija-Polog in the south and Povardarie.