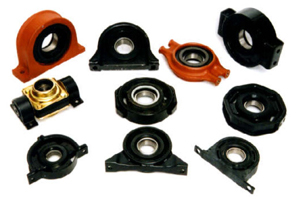 Automotive manufacturing and R&D sector in Croatia and Serbia

Metallurgy and Metalworking Industry in Croatia

LIKTIN was found in 1986. At that time it had one employee and its first products were intended for TAM, FAP and Zastava trucks. New people were employed in parallel with the widening of the production program. Since 1995 there have been five workers in the company.

During the first few years of its operation, the production program was based on spare parts for trucks and vans. LIKTIN makes spare parts for the following types of trucks: Mercedes, TAM, Iveco, MAN, Volvo, Scania, FAP, Zastava and buses Neoplan, Mercedes and TAM.

Later it has expanded the program on spare parts for agricultural machines. Further development led them to the production of the ship fitting elements, i.e. elastic props and holders and rubber shock absorbers.