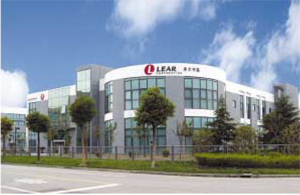 Lear Corporation, a leading global supplier of automotive seating and electrical distribution systems, announced its plans to open a new plant to produce automotive seat covers in the town of Gostivar, Macedonia, local media reported. Lear’s new facility will initially employ approximately 300 people. Its production will serve some of the biggest European companies in the automotive industry.

”With Lear’s continued success in vertically integrated automotive seating systems and components, we are pleased to begin operations at an interim site in Macedonia and plan new plant construction by mid-2016 in the area. We appreciate the cooperation of all involved as Lear launches its first facility in Macedonia” said Jeneanne Hanley, Lear’s Vice President for Global Trim and Craftsmanship.

”In line with our position as the world leader in automotive luxury and performance seating. We welcome the opportunity in adding this new plant to deliver dedicated quality and service every day for our customers”, Raffael Gagliardi, Lear’s Vice President of European Seat Fabric Operations added.