Kosovo to build its biggest wind farm with a 58 mln. euro loan 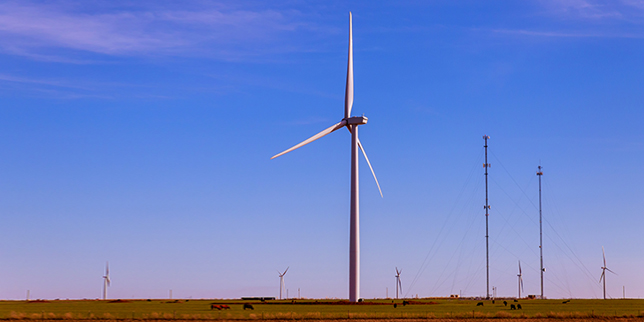 The European Bank for Reconstruction and Development (EBRD) is providing a 58 million euro loan to support finance the construction and operation of the 105 MW Bajgora wind farm in the north part of Kosovo. This sum represents half of the total required investment for the implementation. The rest of the funding is provided by Erste Group Bank and NLB Bank, both benefiting from cover provided by the German export credit agency Euler Hermes. “Kosovo, which largely relies on lignite for its electricity, will soon start benefiting from a cleaner supply of energy from the biggest wind farm in the country”, the EBRD said in a press release.

A modern mechanical biological treatment plant to be constructed in Turkey

EBRD funds innovations in SMEs across Bulgaria and Romania

When it’s finished, the Bajgora farm will account for about 10 per cent of the country’s installed capacity. Its operation will avoid 247 000 t of CO2 a year, making a significant contribution to climate change mitigation. The loan for the Bajgora project will enable its owners, Sowi Kosovo LLC, to build and operate a wind farm in the Mitrovica municipality.
“This will be the largest electricity plant constructed in Kosovo since the 1980s and represents a major step forward in Kosovo’s energy transition. More renewable energy will help address the twin challenges of reducing power cuts and avoiding pollution caused by the coal powering Kosovo’s two existing main electricity plants”, the EBRD adds.

This investment comes after three years of efforts by the Bank, working with the local government to make legislative reforms in order to unlock project financing of renewables in the country. After the construction is done, the facility will take Kosovo’s renewable installed capacity beyond 200 MW and give a significant boost towards achieving the 400 MW-target the country has set itself to reach by 2026.

“We are delighted to be partnering again with Enlight and our co-financiers to support this landmark project. It is great to see a country that has relied for so long on lignite begin to exploit its renewable potential. The success of this project is a tribute to all involved, but especially the Kosovar authorities, who have built a contractual framework that can attract high quality international investors and lenders”, said Harry Boyd-Carpenter, Director for Energy EMEA at EBRD.

“The EBRD is aiming to make 40 per cent of its annual investments in the green economy by 2020. This is the largest private sector project that the EBRD has signed in Kosovo to date. Altogether the EBRD has invested 413 million euro in 67 projects in Kosovo. The EBRD’s latest Kosovo strategy was adopted on 4 October 2016", the Bank disclosed.

Working on enhancing energy security and sustainability in Kosovo, the EBRD seeks to apply its Green Economy Transition approach to all investments in the country. It explains that energy efficiency and renewable energy can help mitigate power shortfalls, which are currently endemic, while enhancing environmental sustainability. The Bank will also consider supporting investments in power generation capacity where these are consistent with its Energy Sector Strategy.

According to EBRD’s Transition report 2019-20, Kosovo should urgently take measures to decrease its (almost exclusive) reliance on lignite as a source of electricity and increase the share of renewables in power generation. Also, a broader green agenda is needed, including steps to improve energy efficiency at the residential, private sector and municipal level.