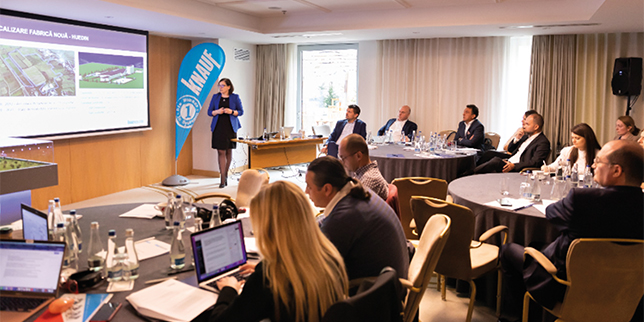 Knauf Group, which includes Knauf Insulation Romania and Knauf Gips, two of the most important players on the construction materials market, announced its largest investment in the field in Romania over the last 5 years, worth over EUR 200 million. The German group`s investment in the local market will materialize through the development of two production units in Cluj and Mures counties, for plasterboard and metal profiles and for insulation materials respectively, which together will generate over 200 new jobs. The objective of the investments is to encourage the local production of construction materials, giving Romania the opportunity to satisfy part of the domestic needs, as well as to become an exporter in the region, especially in the context where supply chains are affected, and influence the European logistics capacity.

“This commitment demonstrates our confidence in Romania and our colleagues here. Together, we are setting new standards for building and living here. Through this investment of over EUR 200 million, we concretely support the energy saving initiative. In addition, the new production units support the growth ambitions of the Knauf Group and send an important message to our customers in Romania, Central and Eastern Europe. At a time when energy efficiency is more important than ever in the light of the international situation, this development shows that we care about our customers and that we bring their high-quality solutions closer than ever”, said Alexander Knauf, General Partner of the Knauf Group.

The importance of the Romanian market for Knauf has increased in recent years. Although Romania initially imported Knauf materials, the company now produces a good part of the products to cover local demand and exports to neighboring regions.
According to company representatives, construction work of the factory in Huedin, Cluj county, will start next year, with production expected to begin in the second half of 2024. The factory in Huedin is designed to meet the most demanding standards in terms of energy efficiency and environmental impact. It will be equipped with the most innovative technologies in the field of furnaces and dryers. The total number of newly created jobs will reach 100.

The factory will process raw material from the Leghia gypsum quarries and will have an annual capacity of 30 million m2, producing the full range of plasterboard from standard to special for fire protection, moisture resistance and with superior sound insulation performance., The new Knauf Gips factory will also be equipped with a production line for metal profiles, which will produce more than 15 million linear meters annually. The products that will be delivered to the domestic market will amount to about 50% of the production capacity, the rest being destined for export to nearby countries such as Hungary, Serbia and the Republic of Moldova.

“The Gypsum Division of the Knauf Group has a strong presence in the markets of Central and Eastern Europe, where it owns several gypsum board production units. As an importer, we have been able to successfully promote the best performing plasterboard systems on the local market, and together with our colleagues from Norgips we have been leaders on the local market for more than 15 years. The owners decided to invest in Romania showing confidence that the markets targeted by local production have long-term growth potential. The annual consumption of plasterboard in Romania is about 3 m2/inhabitant, and in more mature markets in Europe it even exceeds 6 m2/inhabitant.

But one of the main reasons for the local investment is the trust that the local teams and the created partnerships can take the local business to a higher level”, said Mihai Marinescu, Commercial Director of Knauf Gips Romania.