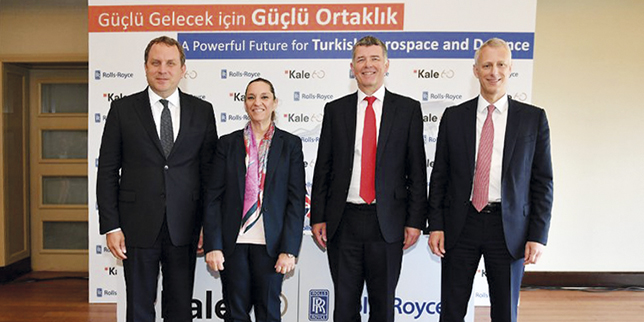 The British automotive and aviation company Rolls Royce and one of Turkey’s prominent defense contractors - Kale Group, have established a joint venture with ownership as follows:  51% for Kale Group and 49% for Rolls Royce. The joint venture company will operate under the name TAEC Aircraft Engine Industry Corporation and will produce jet engines for both military and civilian purposes, with intellectual property rights to the engines remaining in Turkey.

Kale Group also announced that they will take up the TF-X National Fighter Jet that is currently developed by Turkish Aerospace Industries (TAI). As Turkey’s first domestically designed and produced fighter jet, TF-X is intended to replace the current fleet of F-16s somewhere in the early 2020s.

The deal for cooperation is intended to promote the relations between the UK’s Aviation and Defense Company, BAE Systems, and TAI on the TF-X project. The joint venture follows the defense deal worth USD 125 million that was signed between Turkey and the UK in January 2017, during UK Prime Minister Theresa May’s visit to Ankara.