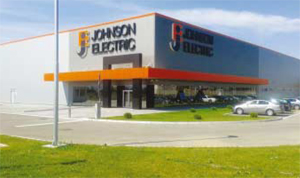 Prime Minister Aleksandar Vucic said in an official statement that in several years Johnson Electric’s new facility in Nis would be the largest factory in Serbia. He expressed his satisfaction that the company chose Serbia and Nis to open its production plant there. The Serbian government also participates in the project investing 6,75 mln euro.

”Johnson Electric has established cooperation with the technical school and the Universities of Nis, stating that in the coming period the state will work on cooperation between the economy and the education system. Investments will continue not only in the Nisava District, but also in the Toplica, Jablanica, Pcinja and Pirot districts. We need projects, there is money for investments, and the Serbian government will not be one day late with its obligations under the agreement with Johnson Electric”, Vucic further explained.

Johnson Electric is in Hong Kong and employs more than 30,000 people in over 30 countries worldwide. The company specialises in manufacturing motors, solenoids, switches, flexible circuits and microelectronics. It signed its first contract with the Serbian government in 2013, which involved an investment of 15 million euro, the construction and commissioning of a 10,000 square-meter facility and a plan for the employment of up to 1,000 workers until mid-2016, according to company information.