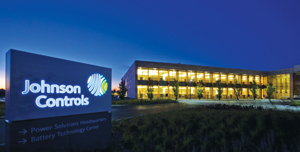 The Macedonian industry discussed the proposed regulation for industrial emissions

The global supplier of products and solutions for the automotive sector Johnson Controls launched its second plant in Macedonia in January. The modern factory is located in the technological and industrial development zone in the city of Stip. The investment worth nearly 20 million euro is projected to open jobs for approximately 1,400 people.

The new Johnson Controls facility, which covers an area of 12,500 square meters, will manufacture car seat covers for the markets across Europe and Russia. The new plant was officially inaugurated at a ceremony attended by Prime Minister Nikola Gruevski, Peter Heift - general director of TRIM Group ’Johnson Controls’, US Ambassador Paul Wohlers and other officials.

At the opening ceremony PM Gruevski disclosed that Johnson Controls was the first foreign company that had decided to launch its second investment in Macedonia in the industrial zone in Stip after its initial investment in Skopje’s development zone. He added that foreign direct investments were of paramount importance for the country’s economy and development.

"In this regard, the government’s efforts toward economic growth would have been futile without the foreign investments in Macedonia. These efforts and results have been thus far recognized by all international institutions, agencies, newspapers and foundations that follow the economies and economic parameters of the countries worldwide", Gruevski noted.

"It is our great pleasure to officially open the company’s new facility in Stip. We would like to become a member of the local community. This plant is an integral part of our European manufacturing network providing quality products for our clients, car manufacturers," General Director of Johnson Control’s TRIM Group Peter Heift said at the official opening.