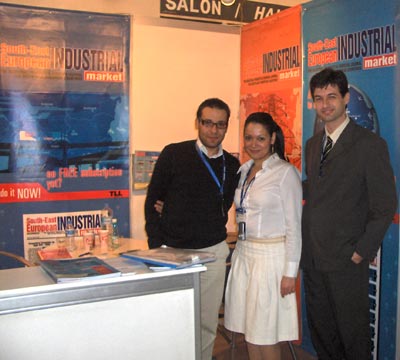 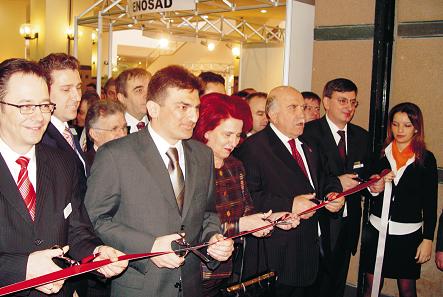 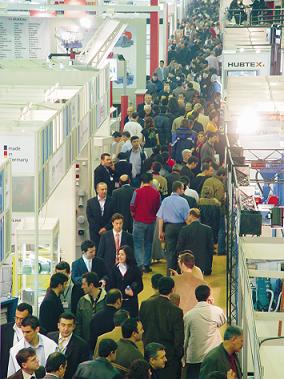 The show presented latest trends and innovations in the manufacturing industries

WIN – World of Industry 2006 closed its doors on the 19th of March with overwhelming record numbers. 91.557 visitors in total (82.500 in 2005) attended the show at the TUYAP Fair & Convention Centre in Istanbul, Turkey, getting an overview of the latest trends and innovations in the manufacturing industries. A total of 882 direct exhibitors (819 in 2005), of which 166 came from 18 different countries (Austria, Bulgaria, China, Denmark, France, Germany, Greece, Iran, Italy, Korea, Netherlands, Poland, Romania, Switzerland, Taiwan, UAE, UK, USA) showcased their products, technologies and services on a net area of 29.190 sqm (27.315 sqm in 2005). The show was officially opened by Mr. Ali Coskun (Turkish Minister of Industry and Commerce), Mr. Murat Yalcintas (President of Istanbul Chamber of Commerce) and Mrs. Anna Yaneva (Bulgarian Deputy Minister of Economy and Energy).

According to records from surveys taken during the fair, high percent of the exhibitors expressed their satisfaction with their participation in this year’s edition. The extraordinary number of well-qualified visitors coming from 54 countries (50 countries in 2005) and professional way in which the event was organized were the top reasons for the exhibitors to indicate that they will return next year. Especially the strong increase in the number of international visitors has contributed to the high satisfaction of all participants in WIN 2006, the organizers assure. With the support of the Turkish Undersecretary of Foreign Trade, O.A.I.B. (Cenral Anatolian Exporter Unions), and IMMIB (The General Secretariat of Istanbul Mineral and Metals Exporters’ Association), trade delegations from Bulgaria, Kirghizistan, Turkmenistan, Uzbekistan, Tajikistan, Macedonia, Greece, Albania, Romania and visitors from many other countries came to the fair to strengthen their business relations with numerous producers and suppliers from Turkey and all over the world. Furthermore, the national as well as the international media showed significant interest in the various industry sectors of the fair.

Following its successful introduction in 2005, WIN – World of Industry 2006 hosted an official partner country, which was Bulgaria. Officials from Turkey and Bulgaria comment that this special display provided a perfect tool to access business opportunities in both countries and at the same time to strengthen the dialogue and economic exchange between Turkey and Bulgaria. Many topics were presented and discussed in the forum, panels and workshops. A special emphasis was given on the growing trade between both countries focusing on the current investment climate in Turkey and Bulgaria. Considerable interest was also shown at the “Industrial Activities Summit” - platform for information exchange consisting of conferences, seminars, forums, panels, round table discussions, workshops and company presentations. The activities brought together international expertise in the seven interrelated sectors of Automation, Electrotechnology, Machinery, Materials Handling, Welding, Chemistry and Hydraulics & Pneumatics. Professionals gained valuable insights about the current situation and future trends of the relevant sectors and had the opportunity to conduct fruitful discussions with key-players of the industries.

WIN – World of Industry was strongly supported by 25 national and international associations and organizations including the Turkish Undersecretary of Foreign Trade. The support given contributes not only to the growth of WIN but increases the dynamism of the manufacturing industry.