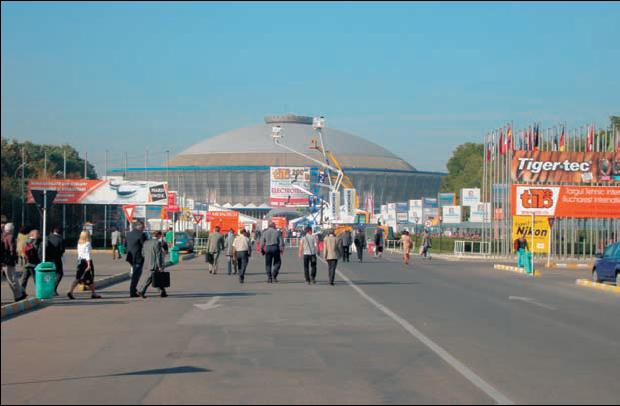 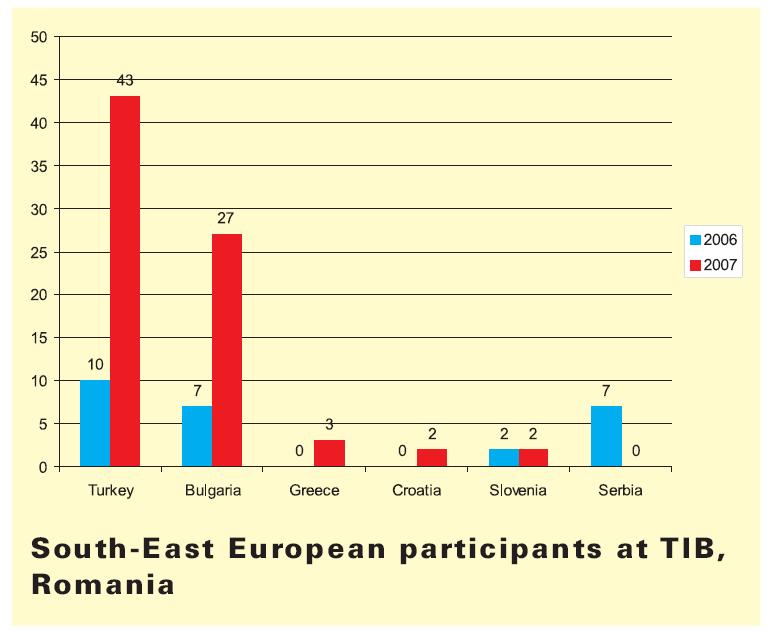 were presented by Turkey with 43 participants, Bulgaria – 27, Greece – 3 and two from Croatia.

Compared to the 2006 edition, TIB 2007 registers both an over 20% increase of the exhibition surface, and an approximately 15% increase in its number of participants. This progress, according to the Romexpo officials, is mainly due to the development of the mechanical engineering sector, which has registered a 30% increase as against the previous edition, as well as to Romania’s integration in the European Union, a fact having also contributed to the increase in the number of foreign participants and the exhibition surface requested thereby.

For more accurate addressability, TIB was devided into

The Research Show and the 11th edition of International exhibition for inventors, scientific research and new technologies INVENTIKA, held simultaneously with TIB at Romexpo Exhibition Centre. Besides the Romanian inventors there were participants from Croatia, Iran, Republic of Moldova, China and Russia.