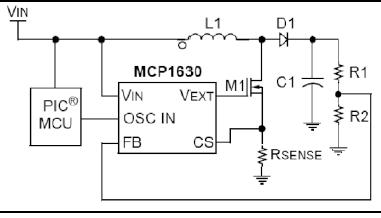 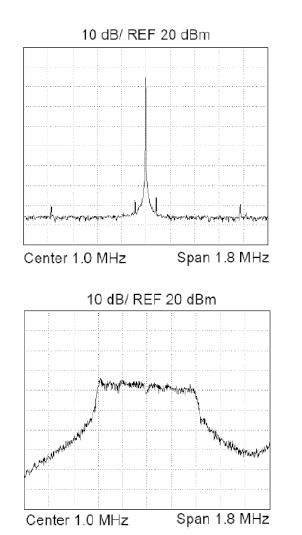 Switch-Mode Power Supplies (SMPS) are traditionally implemented using a basic analogue control loop. Recently, advances in Digital Signal Controllers (DSCs) have enabled designs where full digital control schemes begin to become practical and economical. Still, early adopters of digital technology are expected to be at the high-end of the applications spectrum, where the benefits of full digital control are the most immediate. However, there are a large number of applications that can greatly benefit from the configurability and intelligence provided by augmenting basic analogue designs with even the smallest and most inexpensive microcontrollers.

There are, in fact, at least four discrete stages where digital control can be adopted in power-supply systems:

This article focuses on the first of these stages: on/off control, which makes some compelling applications a possibility.

For example, by simply toggling the shutdown input used to disable the MOSFET driver outputs of a more traditional switching power supply, Pulse-Width-Modulation (PWM) techniques can be applied to control the amount of time the power supply is allowed to operate, slowly increasing its operation from 0% to 100% (see Figure 1). This immediately provides a flexible soft-start that can help prevent the large inrush of currents typically associated with the startup of a switching power supply.

Even the smallest microcontroller has at least four I/Os available and a level of computational power that greatly exceeds the requirements of this application, so this concept can be immediately extended to two or more outputs. This enables simultaneous control of multiple switching regulators, which sequences the outputs into a precise order. Additionally, if the microcontroller used offers an on-board comparator and a voltage reference, it can be used to implement an effective under-voltage lockout, or to perform tracking to ensure that two outputs ramp up at the same rate.

Another example of a relatively simple way to add intelligence to power supplies uses the microcontroller’s 4 MHz internal oscillator This oscillator can be used as a clock source for a switching-regulator PWM generator circuit, as shown in Figure 2.

In this example, the clock signal is connected directly from the microcontroller’s clock output pin, typically divided by 4 and resulting in a 1 MHz reference. Alternatively, if available, a PWM peripheral on-board the microcontroller can serve as a source for the switching-regulator PWM, providing better control over the duty cycle and frequency.

Microcontrollers’ internal oscillators are typically temperature-compensated RC circuits, and they are generally provided with an initial default factory calibration. However, with the microcontroller’s Oscillator Calibration registers (OSCALs), the user can adjust the oscillator frequency, on the fly, through software. This feature can be an advantage in helping to meet emissions requirements, as mandated by regulatory organisations. In fact, when switching at a fixed frequency, typical SMPS circuits produce sharp peaks of energy.

Using a simple pseudo-random sequence to vary the OSCCAL setting, the power supply can sweep a range of frequencies from approximately 600 kHz to 1.2 MHz. The random number generator is easily implemented in a few lines of code by using a linear feedback shift register, a well-known technique that requires minimal coding effort with 8-bit microcontrollers. By de-tuning the internal oscillator, a power supply’s energy can be spread over a wider range, so that the magnitude of the emitted energy at each individual frequency is reduced by as much as 20 dB, as shown in Figure 3.

In summary, there are many simple ways in which power supplies can be sprinkled with a little digital intelligence to improve their performance. In these ways, power-supply designers can gain considerable mileage with very little time and money.