Incandescent light bulbs to get banned in Serbia in 2020 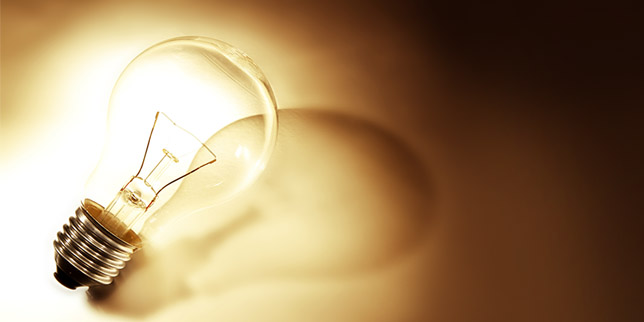 New rules in Serbia will ban the use of some energy-inefficient products including incandescent light bulbs, Balkan Energy News reported. The new regulation will enter into force in mid-2020. It was announced at a panel on energy efficiency and proper use of electricity, which took place earlier this year in Serbia. On July 1 2018, Montenegro also launched a phase-out of incandescent bulbs, which will be completed on July 1 2020.

“An incandescent bulb consumes five times more energy than a neon lamp, and even 10 times more than a LED bulb, so this decision will have a significant impact on energy efficiency”, said Milos Banjac, assistant energy and mining minister in charge of renewable energy sources and energy efficiency. The new rules will be focused primarily on curbing imports of energy-inefficient products, Banjac added.

He also announced that a state fund for energy efficiency, which will be intended for citizens, could be launched by the beginning of next year. The fund will approve soft loans and grants to citizens for the implementation of energy efficiency measures.

“The model to be applied for building renovation will be a combination of credit lines from banks and grants from the fund, and for the purchase of energy efficient products, citizens will get vouchers”, the assistant minister further informed. He added that the founding of the State Energy Efficiency Fund by the end of this year, which is one of the conditions for obtaining additional funds from the European Union.

“We plan to have about EUR 30 million in the fund. At the moment, there’s about EUR 10 million, and we will receive an additional 10 from the EU. These funds will be directed towards the citizens, unlike the current budget funds of about EUR 1,5 million, which were directed towards local self-governments and their rehabilitation projects for schools, hospitals, kindergartens”, Banjac also disclosed and noted that this fund could become active as soon as early 2020.

He reminded that energy consumption in residential buildings in Serbia was three times higher than in Europe (160 kWh per square meter, compared to 50 kWh), but also that companies were introducing an energy management system that entails the sending of annual reports by large consumers to the ministry on their energy savings.

“Citizens can reduce their electricity bills by 10% to 15% by changing the way they use electricity and by using more energy-efficient devices”, Radovan Stanic, head of electricity supply at state power utility Elektroprivreda Srbije (EPS), stated. He noted that from July citizens will start receiving electricity bills that will include a new energy efficiency fee.

“It will be charged RSD 0,015 (EUR 0,000127) per kWh, which means that for an average monthly consumption of 400 kWh, the total fee amount will be RSD 6”, Stanic said.
“The ministry is drafting a strategy for energy efficiency in the building sector, which will include instructions for building renovation. This document should be presented to the public in six months to a year”, commented Jelena Vukanovic, an energy efficiency expert at the Ministry of Construction, Transportation and Infrastructure.

Hella Saturnus Slovenija, a subsidiary of German group Hella, plans to build an EUR 107,7 million logistics centre, which will include a laboratory, logistics and production facilities, as well as a high rack warehouse...