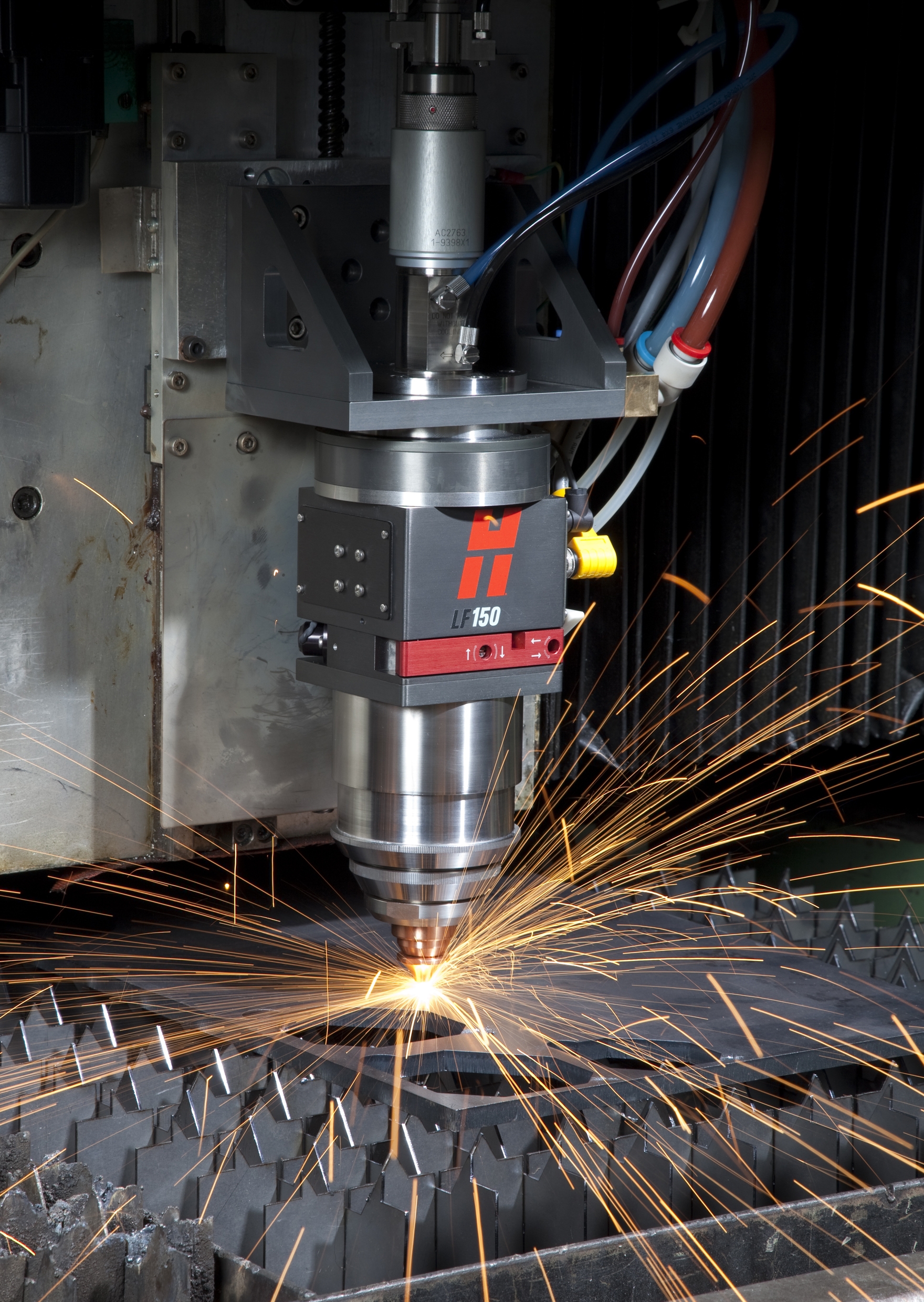 At the upcoming EuroBLECH 2010 exposition, 26-30 October 2010, Hypertherm will feature its first fiber laser system and two versatile Powermax systems. These will be demonstrated live on its stand in Hall 13, Stand D54.“Hypertherm’s new HyIntensity™ Fiber Laser HFL015 system is unique in that all of the components are engineered and designed to work together as one complete cutting system. Unlike products from other fiber laser manufacturers, Hypertherm’s system includes the power source, cutting head, gas supply, operator interface consoles, motion controls, and software. Hypertherm believes this solutions based approach will make it much easier for partners and their customers to use laser cutting for their fine feature cutting requirements. Additionally, the system operates on familiar Hypertherm control platforms, with pre-developed cutting processes, for significantly simplified table integration and operation as well as higher levels of efficiency, when compared to other laser cutting solutions”, stated from the company

In addition, two new Powermax systems will make their EuroBLECH debut. “Hypertherm’s Powermax65® and Powermax85® come with more torch options, industry-leading technological innovations, and a more rugged torch design for greater durability in difficult cutting environments. Available torch options are an ergonomic 75 degree hand torch, a 15 degree hand torch for gouging and cutting in tight locations, a 38 cm full-length machine torch, and a 15 cm short barreled machine torch for robotic and pipe-cutting applications, enabling operators to use plasma in more applications than ever before. In addition, the torches, which are part of Hypertherm’s new Duramax™ series, are up to five times more rugged and durable than before”, added from Hypertherm.

EBRD is providing a 58 million euro loan to support finance the construction and operation of the 105 MW Bajgora wind farm in the north part of Kosovo. Learn more...

Electromobility is one of the fastest growing sectors in today`s economy. In South-East Europe it is also developing but at a slower pace in comparison to other parts of the continent....