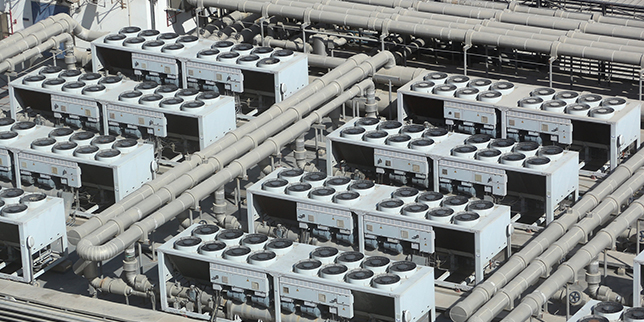 The European heating, ventilation and air conditioning (HVAC) equipment market can generally be divided into three segments by types of equipment: Ventilation Equipment, Heating Equipment, and Air Conditioning Equipment. These types are utilized by either residential, commercial, or industrial end-users.

The spiraling energy costs and obligatory compliance with energy efficiency standards, combined with the consideration of human health in regard to air quality, are some of several factors that are boosting the European HVAC electric drives sector in particular. Additionally, certain regional trends also affect the market potential, for example infrastructural growth in Eastern Europe is actively reinforcing the development of the HVAC sector in that region.

Penetration into the regional Eastern European markets is viewed as a strategic response to challenges such as the often very high cost of implementing electric drives for low-range HVAC applications. In order to reduce production outlays and at the same time cater to the increased needs of countries in the region, drives manufacturers are massively shifting their production bases to Eastern Europe, writes the market research company Frost & Sullivan in their report "Electric Drives Market in European HVAC Industry".

Other factors that are pulling HVAC manufacturers to this region are large investments being made in as infrastructure, as well as expansion of industrial and production bases and other discrete industries, of which HVAC drives are an integral part.

European HVAC Market outlook
One of the most prominent trends in the European HVAC market is the increased use of renewable energy sources and green technology. Increased investment made by the major EU countries in clean energy projects is expected to contribute to the revenue of the HVAC Equipment market in Europe.

In recent years, Eastern Europe has become especially strong in the areas of production and use of air-handling units, adiabatic coolers, and heat recovery systems, placing some of the top spots in the Eurovent Market Intelligence (EMI) statistics collection on the HVAC&R industry.