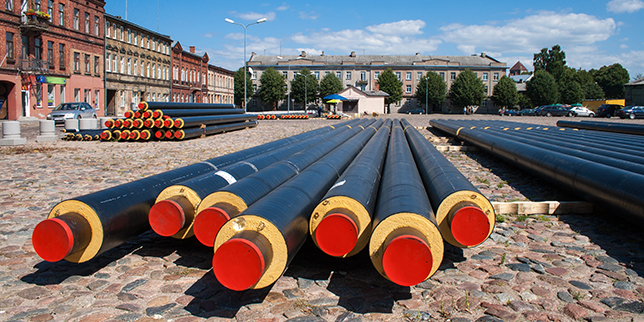 The HVAC sector in Romania is tightly tied with the country’s constructions sector, which is quite dynamic, registering some of the highest growths in Europe. In the first nine months of 2015, for example, the volume of the construction works in Romania has registered an increase of 9,9% compared to the same period in 2014. During that time a total of 30 540 construction permits have been released for residential buildings, constituting a 5,2% increase compared to the first nine months of 2014.

Every year real estate developers plan to launch new office buildings, malls and industrial parks in Romania, with the cumulated surface of over hundreds of thousands of square meters, following total investments of almost a billion euro.

In terms of air conditioning units demand for buildings in Romania, the online statistics, market research and business intelligence portal Statista informs that for the years 2011 through to 2016, the demand for air conditioning units in Romania was at its highest in 2016, at about 134 000 units. This came just two years after the demand for these items was at the lowest level during this six year period, when approximately 87 000 units were required by Romania in 2014.

On another note, the district heating sector in Romania has been acknowledged as important by the EU’s Heating and Cooling Strategy (2016), which is expected to trigger more interest from the Romanian authorities on the sector. Presently, Romania is still developing a dependency on natural gas, which is expected to deplete in less than 10 years at the current consumption rates.

Romania’s heating and cooling potential has been demonstrated and quantified within a PanEuropean project named Stratego, where five European countries with particularities in the heating sector were chosen to have developed heating and cooling plans made on a national level. These plans are intended to provide a tangible support and assist the local authorities to develop their heating plans, but also to find priority areas for intervention.

After the publication of Stratego back in 2015, Romania was provided with a choice for its future development of the heating and cooling sector. Several feasibility studies have since proposed that in terms of urban heating, the country should focus on heat savings, heat efficiency and sustainable resources.

These include reducing the overall heat demand through building renovation, synergy in reduction between the heat demand and heat supply to reduce thermal capacities, district heating in urban areas more than natural gas networks and individual heating, and using the large amounts of available waste heat and renewable energy sources.

The current issue of the South-East European Industrial Market magazine compiles a market review of the HVAC sector in Romania with some of the most prominent players. The company data is taken from each firm’s respective website.