HP announced plans to build a printer plant in Turkey 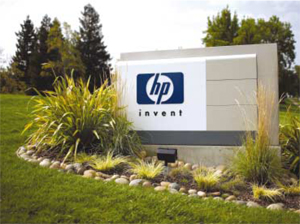 The company currently operates a Foxconn factory in Corlu, northwestern Turkey, which serves key regional markets such as Eastern Europe, the Middle East and North Africa. HP has been the leading brand in Turkey’s PC and printer market for the last 12 years.

The company is also planning a capacity increase in the Foxconn plant, which had turned out to be a very successful investment, the HP executive pointed out. "The success of the Corlu plant has led to production shifts from other plants. Impressed by the Turkish plant’s performance as a regional production and export base, HP is looking into establishing a printer and cartridge factory in the country", Filiz Akdede added.

The Taiwanese electronics manufacturer Foxconn started producing HP-branded desktop PCs in the Corlu plant in 2011. Its implementation cost approximately 60 million dollars. So far the factory has employed 400 people. Their number is expected to increase to 2,000 whenever the plant starts operating at full capacity, the HP executive further explained.