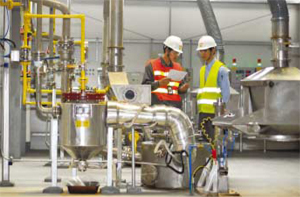 Light + Building 2018 will focus on aesthetics and smartification

Henkel opened a new factory for the production of Ceresit products for sticking tiles and facade, such as cement-based dry-mix adhesives for tiling and ETICS (external thermal insulation composite systems) in Bosnia and Herzegovina. The factory is situated in the southern town Bileca, very close to the border with Montenegro.

The opening ceremony was held on June 11 and gathered many guests, business partners and media representatives. Wolfgang Zettl, Henkel’s Director for Division for adhesives for South Eastern European countries, stated that he was very proud for opening a Henkel Adhesives BH factory in Bileca.

”We will supply the domestic as well as neighboring markets, such as Croatia, Montenegro, Albania and others”, added Zettl.

”The plant is equipped with the highest technology standards and machines, and will be the central point of Henkel’s business in Bosnia and Herzegovina and the region from now on”.