HANNOVER MESSE showcases the “Factory of the Future” 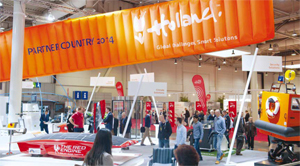 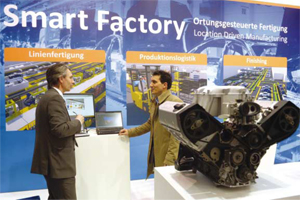 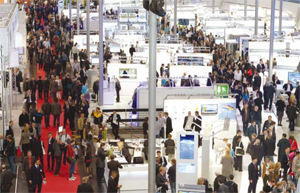 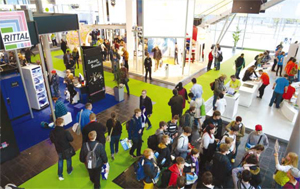 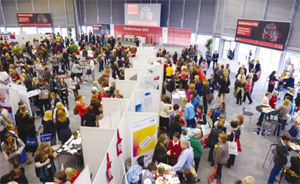 As HANNOVER MESSE 2014 drew to a close on Friday, 11 April, exhibitors and organizers were able to look back on another successful event. Staged under the keynote theme of "Integrated Industry - NEXT STEPS", the trade fair focused on intelligent, self-organizing factories and the transformation of energy systems.

According to Dr. Jochen Kockler, member of the Managing Board at Deutsche Messe: "Industry 4.0 will be with us sooner than many people would have thought possible just one short year ago. The exhibitors at this HANNOVER MESSE have demonstrated a clear commitment to negotiating the ’next steps’ on the road to the fourth industrial revolution, rapidly and purposefully."

A total of over 180,000 visitors came to Hannover to explore the future of industry and invest in the latest factory and energy technology on show by some 5,000 exhibitors. This year’s HANNOVER MESSE Partner Country was the Netherlands.

"The many and varied exhibits of Industry 4.0 plant and machinery made the coming industrial revolution a tangible reality for those in attendance. HANNOVER MESSE left no doubt about the rapid progress achieved, even over the course of recent months," said Kockler.

Many components which will be of crucial importance for the new industrial manufacturing environment were on display at the tradeshow - which also showcased market-ready solutions and products addressing the key challenges of standardization and IT security. A large number of demo installations gave visitors a first-hand view of products moving through the various stages of production without any human intervention until individual processing at the very end. Data security was another core issue at the fair.

"Forum debates on process and data security issues attracted several thousand visitors, and industrial businesses will definitely be cooperating more closely with international cybersecurity providers, to prepare factories for the extensive integration that lies ahead," noted Kockler.
The focus of attention in the "energy halls" was on the transformation of energy systems.

Future growth in the use of renewable forms of energy, decentralized energy supply systems and intelligent distribution systems were high on the agenda. Exhibitors presented technologies and solutions for the ongoing energy transition, with displays lending firm shape to the energy systems of the future.

A stand-out example was a product from SAG GmbH - winner of this year’s HERMES AWARD - for making it possible to progressively convert existing distribution networks into smart grids. Innovative energy storage technologies were another core topic at the fair. These systems are used to store energy that is not immediately required, for use in periods of peak demand.

The keynote theme of "Integrated Industry - NEXT STEPS" also featured prominently throughout Industrial Subcontracting - the trade fair dedicated to this all-important sector of industry. "Component suppliers will be essential partners in the creation of Industry 4.0 and energy technologies, and smart factories will need smart components, sourced from innovative suppliers like the ones exhibiting their ideas here in Hannover. As champions of integration, component-makers have already taken great strides towards the fourth industrial revolution," said Kockler.

HANNOVER MESSE 2014 attracted more than 180,000 visitors from more than 100 different nations, matching the strong performance of 2012 - the most recent year featuring a comparable lineup of shows under the HANNOVER MESSE umbrella. Another standout feature involved the high percentage of industry professionals and top buyers and decision-makers among attendees.

And the show’s major international drawing power was evident in the fact that more than one in every four visitors came from abroad, mainly from the European Union (57 percent) as well as from South, East and Central Asia (20 percent). In terms of individual countries of visitor origin, the Netherlands - as this year’s Partner Country - took first place, followed by China in second.