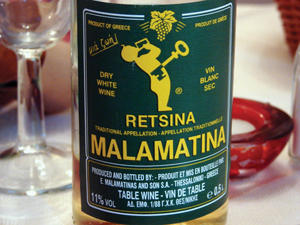 The modern face of Greek wine combines the traditional with the modern. Native Greek grape varieties such as Assyrtico, Agiorgitiko and Xynomavro are found alongside such famous international (French) varieties as Cabernet Sauvignon and Chardonnay. The portfolio of 21st-Century Greek wine includes everything from fresh, citrus-scented whites and sparkling rose to lusciously sweet reds.

Although Greece is a southern country and famous for its sunshine, its grape-growing climate is actually quite varied, because many vineyards are situated at high altitudes where the weather is cooler. The preferred styles also vary considerably.

While the north-west (Greek Macedonia) favors rich, tannic wines made from Xynomavro, the Peloponnese Peninsula in the south complements its Agiorgitiko-based reds with fresh, highly acidic whites made from Moschofilero. The Aegean Islands are internationally famous for the dry Assyrtico-based wines of Santorini and the sweet Muscat-based wines made on Rhodes, Samos and Limnos.

No description of Greek wine would be complete without reference to Retsina. This distinctively Greek, resinated wine style is said to have developed when pine resin was used as an airtight sealant for wine storage vessels.

Today, Retsina is made by choice rather than necessity, through the addition of pine resin during fermentation. Modern-day Retsina wines, most of which come from Attica, are typically based on Savatiano, although Roditis and Assyrtico are also used by some producers.