Gazprom and Serbia announced cooperation in the gas industry 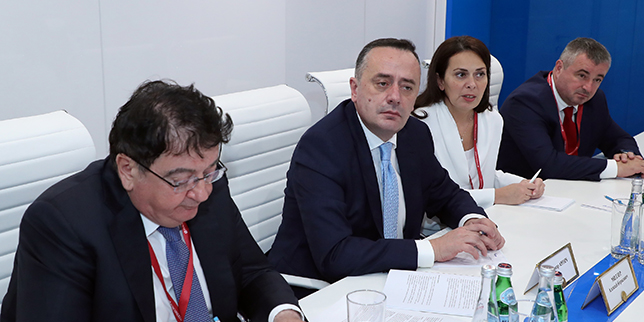 On October 3rd this year a meeting was held in Moscow between the head of the Russian gas company Gazprom Alexei Miller, the Serbian Foreign Minister Ivica Dacic and the Serbian Minister of Mines and Energy Alexander Antic. The meeting was part of the International Forum of the International Energy Week and at it was discussed the further development of cooperation between Gazprom and Serbia.

The participants discussed the expansion of the Serbian gas transmission system to further strengthen the reliability of gas supplies in the region, as well as current and future cooperation in underground gas storage, electricity generation, science and technology. The two sides went through the topic of the effectiveness of bilateral gas industry cooperation, highlighting, among other things, the reliability of gas supplies, which increased by 41% from 2014 to 2017, underlining that in the first nine months of 2018, Gazprom exported 1,5 billion cubic meters of gas to Serbia, which is 2,9% more than the same period of 2017.
Gazprom’s main partner in Serbia is Srbijagas, a state-owned company focused on the transportation, storage and distribution of gas in Serbia. In 2017, Gazprom delivered to Serbia 2,1 billion cubic meters of gas, which is a 21,2% rise from 2016 (when that metric was 1,75 billion cubic meters).

At the end of June 2017, Gazprom and the Serbian Ministry of Mines and Energy signed a roadmap setting out a number of measures to implement a plan to expand the Serbian gas transmission system, and Gazprom and Serbiabig signed the Memorandum for understanding of the expansion of the Banatski yard facility.