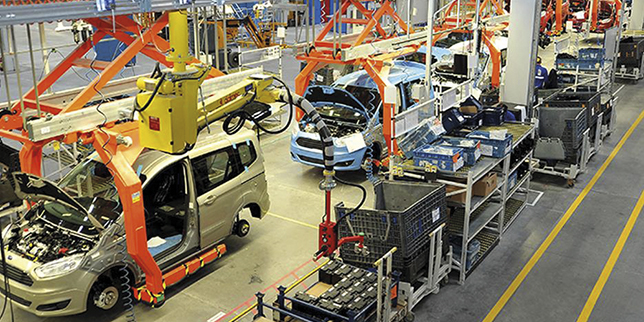 The European Bank for Reconstruction and Development (EBRD) announced it will provide a 150 million euro loan to the Turkish automotive manufacturer Ford Otomotiv Sanayi A.S., (Ford Otosan). The aim of the loan is to support the carmaker’s project to optimize its commercial vans’ design. It will allow the addition of style transformations and innovative technology features to the vehicle series. The money will also enable the Turkish company to improve its production processes and operations.

Based in Instanbul, Ford Otosan is a joint venture between Ford Motor Company and Turkey’s Koc Holding. The company, specialized in the manufacture and sells of motor vehicles and spare parts, is one of the leading industrial companies in Turkey and the largest employer in the country’s automotive sector.

The loan will help Ford Otosan to focus on the employment and training of young people as well. The automotive manufacturer is committed to offering greater employment and training opportunities for graduates at a time when youth unemployment is on the rise. It plans to collaborate with different educational institutions in order to develop a model for vocational education, including skills standards. The aim of this project is to address the skills mismatch in the labour market, the company announced.

Ford Otosan first started cooperating with the EBRD in 2010. The Bank then funded the company’s so called “new Transit project” including the development of new commercial vehicle models. EBRD also invested in the development of the Ecotorq - a high-tech truck engine, and the expansion of the Turkish automaker’s truck production capacity. The project, financed by the EBRD, also aimed to provide greater employment opportunities for women in the automotive industry.

The total amount of money, which the EBRD has lent Ford Otosan to date, is 290 million euro, most of which has been mobilised from commercial banks under the EBRD’s A/B loan structure. The investments have improved the company’s market position and have contributed to the development of the automotive industry and the whole economy in Turkey, an EBRD report states. “The EBRD believes that successful economies should be competitive, well-governed, green, inclusive, resilient and integrated”, the Bank claims on its website.

“We are very pleased to continue and deepen our cooperation with Ford Otosan. It will build on the fantastic results we have achieved so far and we aim to take this renewed partnership further, combining our finance with a special emphasis on economic inclusion in order to address labour market challenges. In addition, we applaud Ford’s commitment to sharing its vocational training practices across the industry”, Jean-Patrick Marquet, EBRD Managing Director for Turkey, stated.

“With the support of our partners the EBRD, Ford Otosan will be able to undertake ongoing investments as well as planned capital expenditure for commercial vehicles. The 150 million euro financing to be provided will not only enable Ford Otosan to meet demand from domestic and international markets, it will also increase capacity utilisation at our production facilities. We continue to invest in many areas, including human resources and working conditions, occupational health and safety as well as the efficient use of resources, and the prevention and control of pollution”, Haydar Yenigun, General Manager of Ford Otosan, commented.