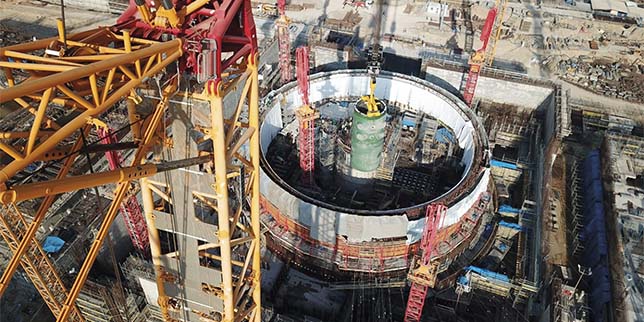 The construction of the first unit of Turkey‘s Akkuyu nuclear power plant (NPP) will be completed by May 2023. According to local media, the three remaining units of Akkuyu NPP are due to start operation by the end of 2026, at a rate of one per year to ultimately have a total installed capacity of 4800 MW. Construction work on the second unit started in June 2020, while the groundbreaking ceremony of the fourth reactor will take place next year. The plant will have an estimated service life of 60 years with an extension of a further 20 years.

Earlier this year, Turkish president Erdogan said that the Akkuyu NPP, which is being built by a unit of Russian state-owned nuclear energy corporation Rosatom, is expected to produce an estimated 35 billion kWh of electricity per year, meeting around 10% of Turkey‘s electricity needs. In 2010, Turkey and Russia signed a cooperation agreement for the construction of the power plant worth an estimated USD 20 billion.