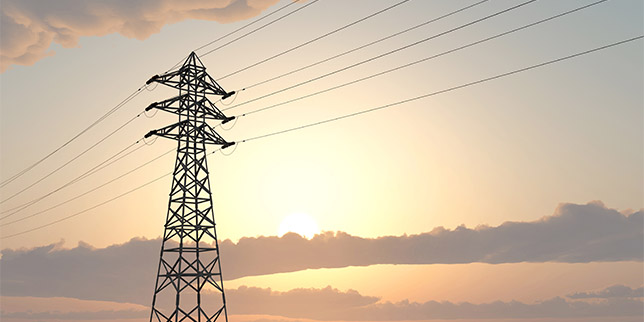 A loan agreement for the WBIF project Trans-Balkan Electricity Corridor: Obrenovac – Bajina Basta Grid Section in Serbia was recently signed by the Minister of Mining and Energy Zorana Mihajlovic, the Minister for European Integration Jadranka Joksimovic, the Director of the Serbian Transmission System Operator (EMS) Jelena Matejic, and the Head of the KfW Bank Office in Serbia, Ruediger Hartmann. The Head of Co-operation at the Delegation of the European Union to Serbia Yngve Engstroem and the German Ambassador to Belgrade, Thomas Schieb, also attended the event.

The investment concerns the construction of a new double 109 km OHL transmission line, the upgrade of the substations SS Obrenovac and SS Bajina Basta to 400 kV voltage level and the construction of an additional two 400 kV line bays with the appropriate equipment, necessary for the line connection to the 400/220 kV SS Obrenovac. The first phase of the Trans-Balkan Corridor is expected to increase the installed capacity of substations with approximately 2000 MVA.

The total investment costs of the section is EUR 58 million financed through a EUR 12,8 million EU grant, a EUR 40 million loan by the KfW and a national contribution of around EUR 4,5 million from the Electricity Transmission System Operator (EMS). The EU-supported investments in the Serbian electricity transmission network include the construction of 400 kV transmission lines Pancevo – Resita (Romania), and Kragujevac – Kraljevo. Furthermore support for the construction of 400 kV transmission lines Bajina Basta – Visegrad (Bosnia and Herzegovina), and to the border with Montenegro is envisaged. The EMS also plans to build a 400 kV interconnection between Serbia and Hungary. The new developments will have a low to moderate social and environmental impact since the new facilities will be built in close proximity to the existing transmission corridors.

These investments will replace the outdated network, which is prone to system failures and carries high operational and maintenance costs. Once complete, security of electricity supply will greatly improve for over one million residents of Zlatiborski, Moravicki, Rasinski, and Raski districts who are now connected, via 220 kV lines, to the hydropower plant of Bajina Bassta and the 400/220/110 kV substation in Nis.