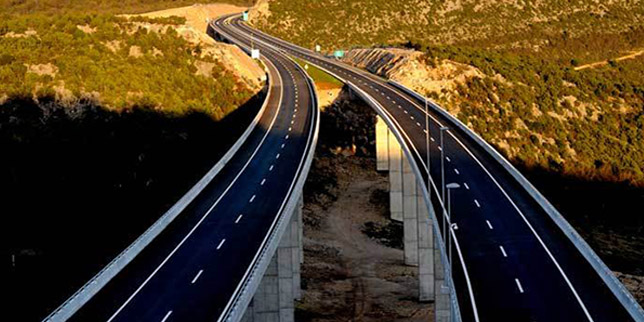 Small business from Bulgaria overcomes the crisis with flying colours

In addition to building modern transport infrastructure the project also contributes to improving the road safety in the country by achieving three-star safety standard by the International Road Assessment Program – one of the first projects in the region to receive it. The project also enhances the sustainability of motorway construction and management, as well as procurement procedures in the public motorway company. The grant funds have been secured through the EU-supported Western Balkans Investment Framework (WBIF), which aims to help improve the region’s connectivity by building new transport links and upgrading outdated transport and environmental infrastructure.

Manuela Naessl, EBRD Head of Bosnia and Herzegovina, said: “We would like to thank the EU, our key partner in this project, for this fresh financing. Large-scale infrastructure investments such as Corridor Vc require significant investments and EU grants are important in making them affordable. We are encouraged by the progress of the construction process and we look forward to celebrating the completion of works on both sections later this year”. The 325 km motorway will cross the country from the border with Croatia near port of Ploce in the south to the border with Croatia in the north, contributing towards faster economic and social development. It is currently the biggest construction project in the country. It is estimated to cost approximately EUR 3,7 billion.

Investing in infrastructure is one of EBRD’s priorities in Bosnia and Herzegovina. Since it began operations in the country in 1996, the EBRD has invested more than EUR 2,7 billion in 191 projects in the country.