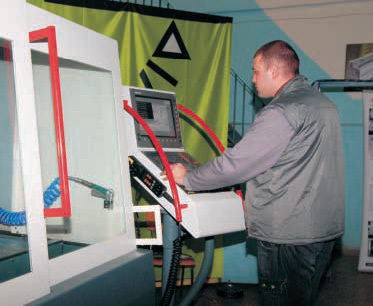 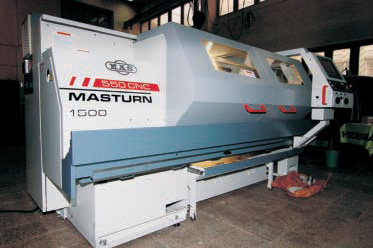 ESD Bulgaria held a demonstration of CNC metal-cutting machines by the Czech producer Kovosvit MAS. This first joint initiative of that kind for ESD Bulgaria and their foreign partner took place at the Department of Technology of Machine Building and Metal Cutting Machines of the Technical University of Sofia. This marketing show aimed at manifesting the technological possibilities of two high-class metal-cutting machines - vertical machining centers MCV 750 Speed, with motor-spindle of 12 000 rpm, 40 m/s high speed on the three axes and operation Heidenhain iTNC 530, as well as multifunctional CNC lathe operated by Heidenhain MANUALplus 4110.
TU Sofia was specifically opted out as a place for the demonstration event. Thus ESD Bulgaria expressed its involvement in the issues of Bulgarian education and its desire to cooperate with all academic establishments in the country. "We would like to work jointly with the various universities and vocational secondary schools, as well as with the industrial consumers in the direction of solving the most pressing issue at the moment - organizing NC-programming school centers. Presently the industrial sector is in a serious demand of qualified staff for work with CNC metal-cutting machines", said Emil Minkov, manager of ESD Bulgaria.
The Kovosvit MAS product range is offered in Bulgaria by ESD Bulgaria since April 2008.
"We are very pleased by the fact that we managed to organize and realize this event for such a short period of time. Naturally, we have to give what is due to the Technical University of Sofia, the Department of Technology of Machine Building and Metal Cutting Machines for the assistance provided. I would like also personally to express my gratitude to Prof. Georgi Popov and Assoc. Prof. Petar Hadzhiyski for their support with the organization of the event. We are pleased with the interest and the results achieved, and we would like to have this event annually", Mr. Minkov added.