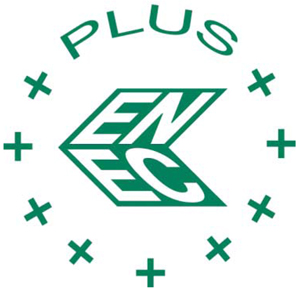 Endrich`s presence on the display and embedded computer market

EEPCA, the European Electrical Products Certification Association, in cooperation with LightingEurope, announced the launch of ENEC+, the first pan-European mark capable of certifying the initial performance of traditional and LED luminaires. The new performance rating provides the market with certification as to the compliance of LED light fixtures and other luminaires, proving compliance with European safety standards and ensuring the reliability of their stated performance characteristics at the beginning of their life cycle.

EEPCA and LightingEurope jointly started this exercise and continue its development, with the aim to develop a certification scheme that covers the full performance of traditional and LED luminaires. Keeping pace between the ENEC+ scheme and new technological and legislative progress is at the core of the philosophy shared by both associations-as well as seeing the development of the scheme as a permanent work in progress.

ENEC+ has been developed on the basis of the well-known ENEC Mark, which for more than 20 years has established itself as the leading pan-European mark of quality and safety, providing authoritative assurance of compliance with European standards. Today, the ENEC Mark covers some 85,000 products and is recognised by more than 21 European countries.

ENEC+ is complementary to the ENEC Mark: only ENEC-safety certified products are eligible for ENEC+. As a voluntary scheme, it represents a deliberate choice made in favour of the market: professional users of luminaires, whether LED based or not, have a powerful instrument to choose a safe and reliable product and manufacturers have a tool to show their commitment to bringing safe and reliable products to the market.

Valberto Baggio, President of EEPCA, welcomes the new certification scheme: "The launch of ENEC+ demonstrates our ability to respond to the new market expectations. Its evolution model makes it future-proof as it will always remain attuned to the developments in product performance. ENEC+ has all the elements necessary to become largely adopted by manufacturers, as the ENEC Mark has been for the past 20 years."

LightingEurope President Dietmar Zembrot points out that the "ENEC+ scheme comes at the right time as lighting manufacturers active on the European market now have the possibility to better respond to quality based tenders in the area of professional lighting fixtures in the European market".

The ENEC+ mark offers decisive benefits and advantages
• It is a pan-European certification scheme that covers the initial performance reliability of both LED and other luminaires; it is the alternative to multiple national marks;
• It is based on an evolution model and will evolve towards a scheme that covers the performance of LED luminaires over their stated life time, according to market demand and technology progress, and possibly include other aspects such as eco-design and over time performance;
• It allows full traceability of the products through an online database containing the references and characteristics of all certified products;
• It significantly reduces the costs borne by the manufacturer when answering to calls for tender: no need for repeated testing against varying qualification rules. All initial specification elements are included in the ENEC+ license;
• It provides an objective basis for fair comparison of the initial performance of (LED based) luminaires;
• It covers both LED based and traditional luminaires.

The 13th International Lighting & Electricity Equipment Fair and Congress IstanbulLight is scheduled to take place from 6 to 9 October 2021 at Istanbul Expo Center. The biannual event is organised by Informa Markets under the energy portfolio, and will be held with the strategic partnership of Lighting Equipment Manufacturers Association (AGID) and Turkish National Committee of Lighting (ATMK)...