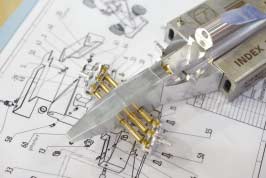 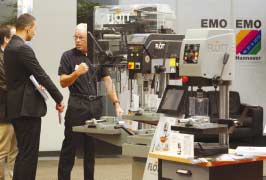 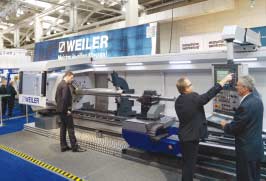 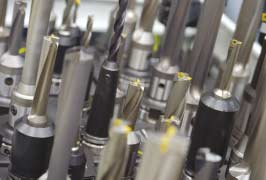 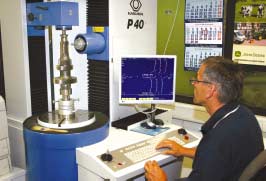 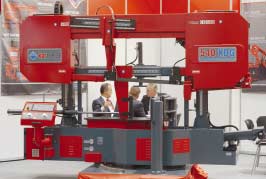 Next generation of machine technologies at Bumatech Bursa

EMO Hannover 2019 – a peak at the future of production technologies

Customers from around the world invest in "Intelligence in Production"

EMO Hannover 2013 - the leading international trade fair for the machine tool industry - came to a successful close on Saturday, 21 September. "This year’s EMO raised the bar in all areas", remarked EMO General Commissioner Carl Martin Welcker at the end of the fair in Hannover.

"With more visitors, more business and more international drawing power, this EMO has proven even more successful than last time around, impressively underscoring the event’s status as the world’s premier trade fair for the international metalworking industry," he said. From 16 to 21 September, over 2,100 exhibitors from 43 different countries were on hand in Hannover to showcase their innovations to industrial users from around the world under the event’s keynote slogan of ’Intelligence in Production’.

Over the six days of EMO, the Hannover event attracted a total of just under 145,000 trade visitors from over 100 different nations. "Foreign visitors numbered more than 50,000, or one in three. Attendance from Europe was up markedly.

"European industry is rebounding, and keen on investing in manufacturing technology," Welcker noted. Italy, Switzerland, Sweden, the Netherlands and Russia topped the attendance figures for the European continent. By a very wide margin, China accounted for the largest number of visitors from Asia, followed by Japan, Taiwan and India.

According to a visitor survey, one out of every two attendees had a managerial status, with the authority to make purchasing decisions for their organizations. They reported their main motivation in attending as wanting to expand and modernize their production machinery. One out of every five visitors reported placing an order at the show.

A similar number, at 20 percent, intended to finalize purchases after the event, with the figure being double in the case of customers from abroad. According to Commissioner Welcker: "Many purchase orders, including several high-volume deals, were signed right here in Hannover."

Exhibitors were also anticipating brisk after-show sales. Among all visitors with firm investment plans, each placed between four and five orders during their time at EMO. This figure was even higher than for the previous event two years ago, which took place in the midst of an economic upturn.

EMO Hannover 2013 succeeded again in covering the entire bandwidth of the global machine tool market. "This is where manufacturing experts come to explore ways of improving operations," Welcker said. Visitors were particularly interested in solutions for boosting energy and resource efficiency, as well as user-friendly equipment and the intelligent integration of machines - in addition to the evergreen themes of cutting manufacturing costs and increasing flexibility.

In addressing these topics and more, the rich array of solutions and outstanding expertise on offer by EMO exhibitors added up to a high rate of visitor satisfaction. More than ever, EMO Hannover impressed its audience as the international flagship flair for ’Intelligence in Production’. "Across the board, visitor feedback is topping the scales," said Welcker.

The average length of stay by visitors went up slightly to two full days, attesting to EMO’s drawing power as an event that delivers maximum coverage.