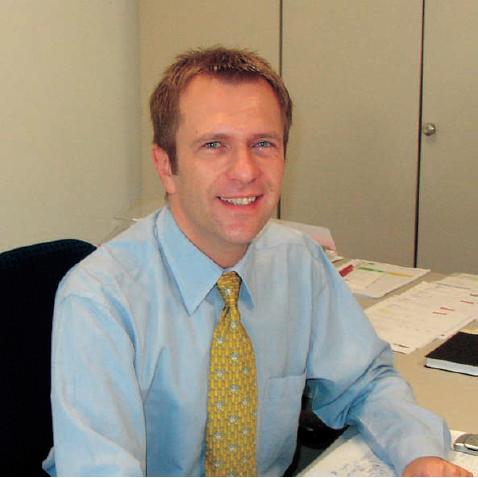 The EMCO Group is an association of mid-European top companies (EMCO, Magdeburg Werkzeugmaschinen, INTOS, FAMUP, MECOF) in the machine tool trade with its headquarter in Hallein/Salzburg (A). Embedded in a network of European producers, the EMCO Group develops smart and innovative production solutions for the machining industry. Here, the focus is on two business fields: On the one hand, „Innovative Machine Tools“ – the product range runs from the moderately-priced standard machine to the all-automatic, individually equipped CNC-production cell – and the successful modular training concept by „EMCO Industrial Training Systems“, which has made us the world market leader, on the other. This was achieved, above all, with our concept of the interchangeable control, which is unique all over the world.

In South-Eastern Europe we are represented, on the one hand, via trade shows and via our partners with whom we cooperate closely, on the other. In the entire SEE market we are currently cooperating with 12 partners. It is our objective to extend the network of dealers even further. Additionally, we inform the local specialized press regularly with press reports on novelties regarding EMCO and their products.

What is the most specific for the markets in South-Eastern Europe (SEE) comparing to Western or global?

There are mainly two major differences: The machine is judged according to its price/performance ratio even more than in the western countries. Economic solutions are requested, i.e. either used machines with a high service life or machines offering high performance at a relatively moderate price are in great demand.

What are the main products you target to SEE markets, what are the most popular EMCO machines in the markets in Romania and Bulgaria?

The particular features of the South-Eastern European market just mentioned are also reflected in the demand for our products: the EMCOTURN series, the most consequent proof of the implementation of our design-to-cost approach is in very great demand.

Since the wage expenses are adjusted step by step to the western level, the MAXXTURN model series with its automation facilities experiences a sales boom. Last but not least our used machines are sold widely.

EMCO is cooperating closely with their dealers. To fulfill the high demands requested by EMCO and their partners, the staff and the dealers are trained continuously regarding new products and technologies. It is only in this way that we can competently advise our customers and interested partners. Furthermore, this is also the reason why partnerships of many years are established. This close cooperation is reflected also in the organization of distribution: sales, marketing, support, training are implemented locally as well as centrally.

Which are the top technologies implemented in EMCO products?

EMCO’s core competence is reflected best by the two philosophies „Made in the Heart of Europe“ and „Design to Cost“. The development and production of the machine is exclusively carried out in Central Europe in cooperation with European brand producers fulfilling top standards with a view to quality, productivity and economy.

Design to Cost means that we offer to our customers the highest possible benefit at the lowest possible costs. I.e. our customers pay only for what they really need. Our focus is on price already during the development of the machines. All components contributing to performance, precision and long life of a machine are optimized focusing at the same time on the main functions for the customer. Additionally, we are also able to offer individual modular-type solutions tailored to the needs of our customers.

How would you comment the market of used machines in SEE region?

Used EMCO machines provide precision for many years. The main reason for this can be found in the high quality of the machines and their components. The extremely solid machine construction offers high precision and long service life of the product even under heavy-duty load. A one-year warranty is granted by EMCO on used machines which have run through a check-up in the headquarter prior to resale.

What is your impression of the specialists’ level in machine building area?

Presently, the dominating topic in economy all over Europe is the lack of specialist workers, a problem, which also EMCO has to tackle. The great demand for highly skilled specialists is faced by a small labour offer. I.e. the fight for qualified labour among the companies has started. In the meantime some companies have already responded to this fact having developed and started training programmes already in SEE. We thus hope that the somewhat scratched image of the specialized worker is appreciated. Financially, the situation for the qualified skilled labour has already changed positively.

I believe that it will take still some time (particularly in the area of apprentice training) until the measures taken will show their effect.

What are your future plans for your business in SEE region?

EMCO is a large, internationally growing enterprise. This growth is generated particularly by its own force. Naturally, emerging markets, comprising e.g. South-Eastern Europe, are very interesting also for EMCO. Here it is our objective to extend the network of dealers – also to countries where we have not been represented to date. The measures to do this include intensification of cooperation with existing partners, the establishment of new cooperation schemes and an increased market presence in general.