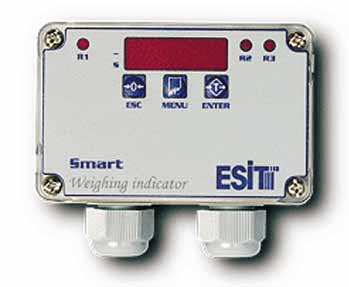 The information and data processing technologies have shown remarkable development. Taking part among the developed countries in the 21st Century, which is called “the information age”, depends upon progress in the electronics and communication sectors and improvement of the competitiveness of the electronics industry by producing our own technology. The Turkish electronics industry is struggling for manufacturing technologies that are products of Turkish engineers and employees. The Turkish electronics industry began to develop rapidly in the second half of the 80’s. Most of the companies started business through foreign licence agreements. The licencors originate from the Netherlands, Germany, Japan, USA, Canada, France, the United Kingdom, Denmark and Italy. Introduction of the colour TV broadcasting and the acceleration in telecommunication investments have supported that rapid development and the revolution in telecommunication technologies which took place in the recent years have increased the growth rate of the sector. Today the sector is a mature industry and has reached to a significant level in technical knowledge.

Advanced production methods and high technology are being carried out successfully in the Turkish enterprises. The strategy of Turkish companies is based on the quality, innovation, and fast delivery. In order to support this, colour television sector has been continually investing in new technologies, increasing its capacity and expanding its production flexibility. Turkish made colour televisions have a good reputation among European consumers with respect to price and quality. There are approximately 326 firms operational in the television-radio receivers and audio-visual equipment sector employing 9,264 workers. The main factories are located in Istanbul and Manisa.

There are approximately 2033 manufacturing companies in the field of electronics. The number of people employed in this sector is about 30,806.

Most important electronics product is the colour TV

Export value of consumer electronics sub-sector realised as US $ 2.913 million in 2004. The most important consumer electronics product is the colour TV. Colour TV exports were 17.9 million units and US $ 2.789 million in 2004. Almost all colour TV exports were destined for the European Union countries in 2004 and show an ever-increasing tendency to gain significant market shares. Turkish colour televisions have 45% market share in European market. Turkish made colour televisions were exported to almost 105 countries throughout the world in 2004. Germany, the United Kingdom, France, Spain, Italy and the Netherlands are the most important export markets for Turkish made colour televisions. According to worldwide statistics for colour televisions, Turkey ranked fourth in 2003 with a market share of 6% among 119 other exporter countries. The export value of empty and full video bands were US $ 26 million in 2004. The important export markets for this product are the Germany, Romania, the Netherlands, Greece, the United Kingdom, USA and Iraq. An increase is expected in the export of other consumer electronics with the introduction of new product lines.

The export performance of the young but dynamic Turkish electronics industry has been increasing, especially over the last few years, with quality products at reasonable prices. Although present export value is not high on the global scale, it is believed that Turkish electronics will attain significant market shares in foreign markets with their broad range of products, skilled workmanship, engineering quality and close ties with liberal economies.

The South-East European INDUSTRIAL Мarket presents its first issue of 2022! What is the current development of Romania’s chemical industry? How does the pandemic accelerate the shift to machine learning and edge IoT? Find the answers, together with many more exciting industry highlights, in the edition which is already available for reading online HERE...