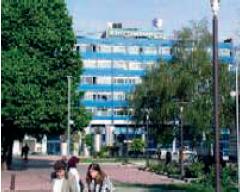 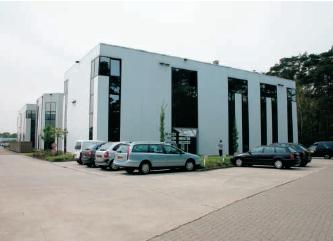 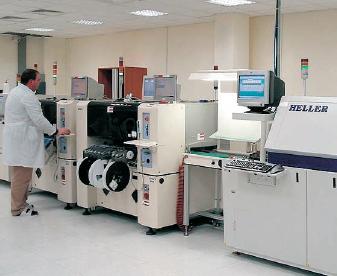 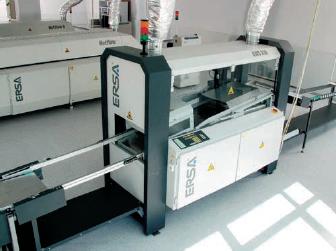 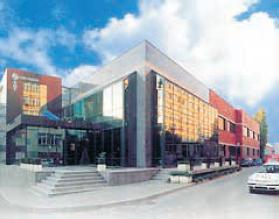 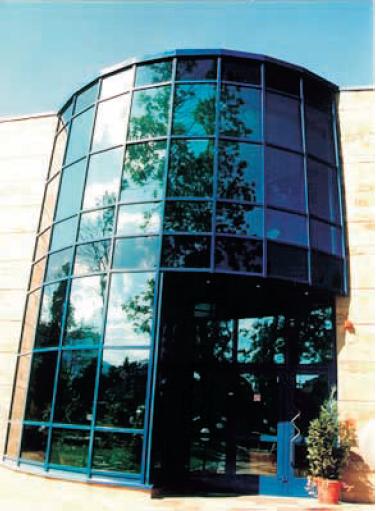 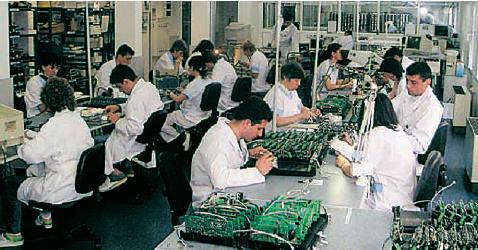 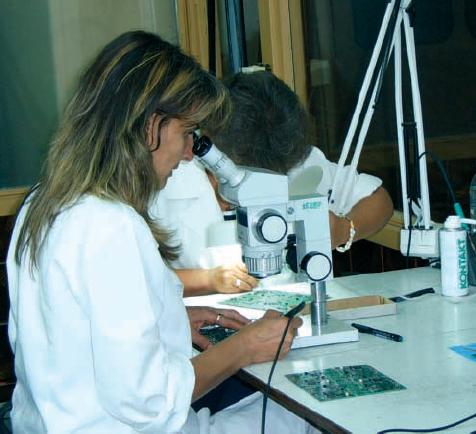 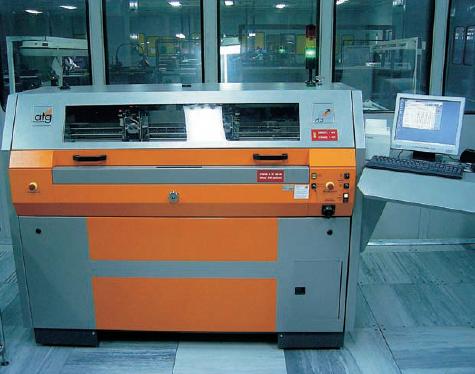 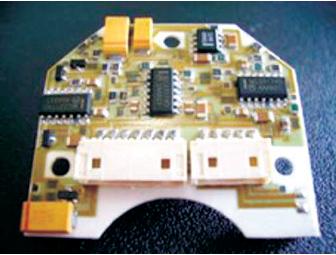 We present information about few of the major players in Bulgarian electronics industry. All the data used in this article is based on officially published releases and materials provided by the companies.

Johnson Controls is a global leader in production of seats, batteries and other automotive interiors. The company employs 123,000 people and has 275 branches and plants throughout the world. Bulgarian office of the US company was established in 2001. Company has 320 employees, one tenth of who are students. The ambition of the US corporation is to turn the Bulgarian office in the biggest Electronics Research and Development Center of the company. Nowadays, the local centre is developing 39 products, including software solutions, mechanical parts and hardware design. Automotive market served by Johnson Controls enlists leading manufacturers as General Motors, Daimler Chrysler, Fiat, Ford, Honda, Mazda, Renault, Peugeot, Volkswagen, Toyota, Mercedes-Benz, Citroen, BMW, etc. Last year the US corporation was planning a multi-phase investment in Macedonia, which includes building a plant at the Bunardzik free economic zone near Skopje. In the first phase, Johnson Controls has planned to construct a 6,000 square metre plant to produce automotive interior electronics by 2010, while plants manufacturing plastic parts and brake parts will be constructed in the second and third phases, respectively.

EPIQ Electronic Assembly is an electronic subcontracting company located at Botevgrad, Bulgaria. The company was founded in 1997 and is part of EPIQ, with headquarter in Tessenderlo, Belgium. EPIQ Electronic Assembly is a multi-product company with over 230 products, 12,500 sq. m production area and 2,500 employees (2006). Its traditional product range includes consumer electronics and electronic toys. The company actively has infiltrated the global automotive market since 1998 and today the automotive products are a constantly increasing part of its production volume and product range. Epiq’s main activities are manual and automated assembly of electronic components on PCB, including SMD and automated insertion processing, board testing, module assembly, final functional tests, plastic injection moulding, chip on board assembly, development and manufacturing of plastic injection moulds, development and manufacturing of factory automation equipment, plant equipment and facilities. Automotive market served by Epiq’s includes electronic modules for Delphi and Valeo, sensors for waste gases temperature measurement for GM, SAAB, FIAT, BMW and Mac, infrared sensors for temperature control, etc.

Datecs Ltd. was founded in 1990 by a group of research specialists from the Institute of Applied Cybernetics at the Bulgarian Academy of Science. The start was given in 1990 with the first Cyrillic fonts in the Post Script format, the first Laser printer with built in Cyrillic fonts in 1991 and the first professional program for complete Cyrillic support under MS Windows - the Flex Type - in 1992. The wide - scale, national land - division program of 1993 initiated Datecs to establish a Geographic Information Systems department. After developing an effective and highly accurate technology for the digitalization of scanned map images, the department was able to complete several big home projects in a short period of time and in cooperation with leading firms from the same branch in Germany and France. In cooperation with Samsung, Datecs embarked on developing retail systems in 1994. Two, Samsung based, electronic cash registers were reconstructed in order to expand their functions and adapt them for networking. The company produced its first electronic cash register - the Datecs MP500 - in 1996, followed by the model with the thermal printer, the MP500T, a year later. In only a few years - and 100 000 devices sold in 11 countries around the World - Datecs became one of the best known brand of electronic cash registers with fiscal memory in Central and Eastern Europe. During the next several years, the range of company products has expanded with electronic scales, working in conjunction with a cash register and label printer; POLE display, fiscal, “kitchen”, label and ESC / POS printers; a portable cash register and an item server, plus a number of new program products.

Micron-20 Ltd. was established in 1991 as a privately owned company for PCB design and manufacturing. The company produces approximately 800-1000 types of single-sided and double-sided as well as multi-layer PCB monthly. The number of its clients totals over 1000 Bulgarian and foreign companies. Micron-20 Ltd. is also specialized in manufacturing prototypes and small series for short periods of time and on competitive prices. In order to achieve highest levels of its customer’s satisfaction the company has developed and installed lead-free technologies, automatic SMD assembling of prototypes and small series, stencils manufacturing, high-frequency materials treatment technology as Rogers, Arlon, Neltec, Taconic, etc. In response of its increased output Micron 20 opened a new factory located in Gabrovo. Factory’s capacity is 5000 sq. m/ monthly double - sided PCBs.

Sectron Security & Communication Systems Ltd. was founded in 1990 in Sofia. Its daughter company, SOT (Security & Monitoring) Ltd. was established in December 1994. In over a decade of its existence, Sectron has firmly established itself as one of the leaders in the wholesale and distribution of security products on the Bulgarian market and SOT as the leading security and physical protection company. Sectron Ltd. specializes in design and distribution of security systems such as: CCTV, Intruder alarm, Access control, Fire-alarm, Fire-suppression, Hotel security, Police equipment, Perimeter protection and Radio-Telecommunication. Sectron’s latest expansion took place beyond the Bulgarian border. A new company by the name of Sectron was established in Belgrade, Serbia. In order to use its sales potential effectively, Sectron has also successfully exported security equipment to Moldova, Romania, Kosovo, Macedonia and other neighboring countries during the years. Company renovated its own production facility situated in the industrial area “Gara Iskar” in Sofia. The new building (1,500 square meters) is fitted with a complete production line for SMD assembly. Sectron has been in the manufacturing business since 1991 where it produced PIR detectors for the local market. Currently Sectron produces an acoustic safe detector in cooperation with Paradox Security Systems, which are successfully sold in many countries around the world.

Curtis-Balkan Ltd. is a Bulgarian manufacturer of electronic devices, instruments and appliances for measuring, checking, testing, navigating and for other purposes. Company was found in 1989 as a joint venture of Curtis Instruments and two major Bulgarian state companies in the fields of fork lift manufacturing and electronic controls. In 1993 the company became a wholly-owned subsidiary of Curtis Instruments. In a short period of time Curtis-Balkan has become well known in Europe as a source of electronic equipment which enhances the efficiency of battery-powered industrial vehicles. In 2000, Curtis Instruments Inc. expanded operations of its subsidiary Curtis-Balkan by building a modern factory in Sofia. The two-story factory and offices occupied 20,000 square feet and houses equipment of advanced technology. Among the new products manufactured in the factory is Curtis Sep Ex motor speed controller, designed to enhance the efficiency of separately excited motors. The new facility enables Curtis-Balkan to serve markets in Western Europe.

Teletek Electronics JSC is specialized in development, production and export of wired and wireless security systems - burglar and fire alarm control panels, keypads, detectors, sirens, accessories, etc. Teletek a high-tech manufacturer of electronic devices under customer’s request, too. Company was established in 1991 as a subsidiary of Teletek Group Holding, Bulgaria. It has an efficient distribution network of electronic products on the security systems’ market – for both residence and business premises. Its products are well known in Bulgaria and also in 30 foreign countries in Europe, Asia, Africa and Latin America.

Carat Electronic AD is a Bulgarian IT company, specialized in research, development and production of high-end electronic products and information systems. The company was established in 1969 and thanks to the innovative approach and successful commercial policy, the company has become one of the leading producers of information systems and microprocessor-based electronic devices for the last 40 years. Carat Electronics produces various electronic products - electronic cash registers, fiscal printers, POS terminals and systems, electronic taximeters, electronic tachographs, information systems for local monitoring and parameterization of power meters via PDA terminal and others. One of its major production lines is the static electricity meters. Carat Electronics produces 8 different models of electricity meters with advanced features and proved quality. The company supplies a large number of meters to the European energy giants – CEZ, EON and EVN. The production process of the company comprises three main departments – development and manufacturing of electronic parts, technical equipment and tooling and plastic parts production. Company has achieved a finished production cycle – apart from the electronic parts, the factory manufactures the hardware and firmware parts of the products as well. Carat Electronics AD is part of “Zlaten Lev Holding” JSC, Sofia and receives the financial, marketing, management and logistics support of the Holding and the other enterprises from the financial group.

SET Steiner Elektronik Technologie GMBH is a Bulgarian manufacturer of single sided, double sided and multi layer PCBs with more than 40 years experience. SET’s factory is located in Rousse. It has 450 employees and totals area about 30 000 sq. m. Manufacturing capacity is 63 000 mI/year for double-sided plated printed circuit boards and 27000 mI/year for multilayer. A constantly working investment program increased its capacity with 30% last year. All existing lead-free surfases as chem Ni/Au, galvanic Au, chem, tin, passivations, lead-free HAL are standard in SET’s factory for years. The manufacturer also has a completely automated schering system for galvanic plating and contemporary equipped and air-conditioning sections for treatment and plating of all PCBs. Quality management systems applied to the producer are ISO 9001:2000 and UL.

HIC AD is established in 1996 on the foundation of the Hybrid Microelectronics department at Sofian Microelectronics Institute. The company has about 120 employees. About 80% of its production – hybride IC, resistor matrix, highvoltage resistors, PCB and microchip modules is exported in West Europe.

Melexis is a leading company in the automotive electronics market. The company is specialized in manufacturing and delivering of advanced Mixed Signal semiconductors, sensor ICs, programmable sensor IC systems, programmable sensors, sensor interface devices and microcontrollers. Since 1992 Melexis has a Bulgarian research centre and a new semiconductor testing facility since 2006. The continuous strong growth of the company and the increasingly demanding IC requirements have urged on the need for increased testing capacity and new state of the art testing equipment for the existing site in Sofia. The centre occupies 12000 sq. m including one of the largest clean rooms in Bulgaria. This 1000 sq. m wafer probing area meets class 10 000 requirements and is equipped with 25 new wafer probing machines and has a total capacity of 100 machines. Over 50 new test cells for final testing are in place currently and a further 120 will be added in the coming three years. In a period of three years Melexis plans to invest 30 million euro in this new plant including machinery and employee training. The current work force of 200 people is expected to double within the same period in order to meet the growing need for increasingly demanding ICs in automotive, industrial and consumer markets.