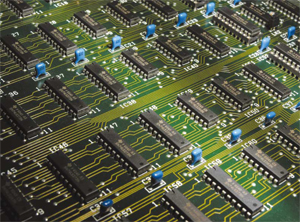 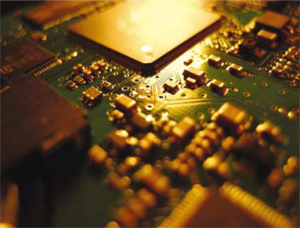 The Electronic Manufacturing Services (EMS) is amongst the most dynamically developing sub sectors in the electronic production industry. There are serious and complex preconditions for the ubiquitous growth in this field in both Europe and globally. Most of the companies in the industry are constantly widening their range of offers, which generally comprises a wide portfolio of services - from manufacturing of boards to more specific manufacturing activities.

Nowadays most of the EMS companies provide all of the manufacturing resources for original equipment manufacturers (OEM), together with additional advantages, such as lower investments and operational expenses, shortened time-to-market period and comprehensive after-sales services.

Another reason for the fast growth of the global EMS market is the adoption of such services in large industry branches such as medical, industrial, aerospace and defence, where many original manufacturers decide to outsource the production of certain components or products in order to take advantage of the profitable potential in terms of future opportunities which the EMS providers offer.

The region has the potential to grow into one of the trendiest global places from an electronics manufacturing services perspective. Top-tier world EMS companies are building and launching factories in Bulgaria, Romania, Poland, and other countries in the region in order to achieve several critical goals - to be able to more efficiently serve the mature European and emerging African and Middle Eastern consumer markets while reducing long-distance transportation costs associated with Asian shipments.

A report by the market researching agency TFI estimates that electronics production in the region in 2011 was about 85 billion US dollars, including output from OEMs, EMS providers, ODMs, and electronic components and materials suppliers. Countries in Eastern Europe which are already EU members (Bulgaria, the Czech Republic, Estonia, Hungary, Latvia, Lithuania, Poland, Romania, Slovakia, and Slovenia), along with official candidates like Croatia, Macedonia, and Turkey, are offering a strong supply chain as well as tariff-free access to EU markets and thus keep on attracting global technology manufacturers.

According to the research Electronics and PCB Production in Eastern and Central Europe in 2014 16 countries in the region (Bulgaria, Croatia, Czech Republic, Hungary, Poland, Romania, Serbia, Slovakia, and Slovenia) and former Soviet Union countries (Belarus, Estonia, Latvia, Lithuania, Moldova, Russia, and Ukraine) - together accounted for a total of 55 billion euro of the electronics production in 2013.

As a result, the European EMS industry has reported growth in 2014, even with a certain market stagnation going on, The European EMS Industry - A Strategic Overview of the European Electronic Manufacturing Services Industry 2013-2018 report released at the end of last year states. For 2015, total European EMS revenues are forecast to reach 26,07 billion euro, with the biggest share expected to come from companies operating in Central and Eastern Europe (about 15,11 billion euro).

EMS market in Bulgaria
Advanced manufacturing technologies, highly qualified and experienced personnel and low operational costs are positioning Bulgaria as a key electronics manufacturing hub in Southeast Europe. The country is being preferred by many companies active in the electronics assembly field and is constantly attracting foreign investments in the area of electronics production.

The industry comprises of small and medium-sized companies which are generally export oriented. Most of the enterprises have integrated quality management systems and standards in their manufacturing facilites. The branch production output is aimed at the industrial, automotive, medical, telecommunications, military, lighting, security, defense, renewable and conventional energy equipment and consumer electronics markets.

Recent market analyses show that many OEM companies, which develop and manufacture their own products, offer EMS services to other Bulgarian and foreign customers. According to the reports the majority of the companies are equipped with automatic machines or assembly lines, half of the enterprises have semi-automatic assembly equipment, and most of them perform manual assembly, too.

Among the most used soldering technologies are: reflow process, wave soldering and selective soldering. About four fifths of the companies still carry out manual soldering as well. The ready production is tested by different methods and technologies, such as functional testing, optical and automatic optical inspection, in-circuit testing, etc. An interesting but not yet so widely used technology is the X-ray inspection.

In Bulgaria there is also a dynamically developing components and equipment production for the the electronics manufacturing industry. Companies in the branch are active in the manufacture of PCBs, electromechanics, passives, connectors and mechanical components. The market also includes manufacturers of hybrid ICs, microelectronic components, sensors and development tools, design centres, etc.

In the current issue of the South-East European INDUSTRIAL Мarket magazine we present information about some of the leading companies on the Bulgarian market specialized in Electronic Contract Manufacturing. The overview covers both companies specialized in offering EMS services and those who offer EMS services in addition to their own (OEM) production. All the data used in the article is based on materials provided by the companies or published on their web-sites.