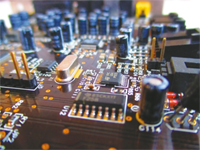 Electrical engineering an electronics manufacturing are among the key industrial sectors in Bulgaria. According to a recent research by Invest Bulgaria Agency, among the major product groups in this field in the country are: batteries for submarines, yachts, trains, airplanes, helicopters, military applications; high-performance transformers for the needs of the electric power industry; energy saving sensors for various applications in different industries ranging from automotive through food and beverage production to agriculture equipment; amplifiers and high frequency power products used in the radio communication sector.

Strong traditions and favorable environment for sector development
Bulgaria has strong traditions in the electrical engineering and electronics sector. In the 1970s and 1980s Bulgaria was among the leaders of electronics manufacturing in Eastern Europe. In the 1980s the country supplied more than 40% of the mainframe and personal computers in the region.

During that period more than 130 000 people were employed in the sector which comprised more than 25% of total Bulgarian manufacturing at the time. In addition, in the 1980s Bulgarian companies launched a number of joint projects with leading international electronic manufacturing companies like Varta, AEG, Toshiba, etc.

The country’s infrastructure is well suited for the needs of electronics manufacturing. There are many international and local companies from the electronics sector with successful operations in Bulgaria. In addition, the country provides easy access to the EU, Russian/CIS and Middle East markets.

Diverse market of multinational and local companies
The electrical engineering an electronics sector in Bulgaria has been developed on the basis of an ecosystem of multinational and local firms. A number of large international companies like Siemens, Schneider Electric, Hyundai Heavy Industries, Liebherr, ABB have discovered the country as the best destination for their business in Eastern Europe.

Many successful Bulgarian owned companies operate in the sector, offering competitive products worldwide. Today the combination of local and multinational companies is creating a unique environment where productivity, ingenuity and innovation in electronics manufacturing are thriving, Invest Bulgaria Agency points out.

Electronics and electrical engineering in Bulgaria have rich history and established traditions
1890 - Siemens participated in building the telegraph network in Bulgaria
1928 - First telegraphic and telephone factory opens in Sofia
1947 - The state electronic manufacturing enterprises Radioprom and Elprom are established
1965 - The first European electronic calculator ELKA 6521 was invented in Bulgaria
1971 - Beginning of manufacturing of computing electronics. Transition to mass production of memory, processors, etc.
1972 - The first Bulgarian-made space equipment was launched into space
1985 - The peak of the industry - manufacturing of modern computers. Electronics comprises 25% of Bulgarian manufacturing. 130 000 people are engaged in the industry
1988 - Bulgaria manufactures more than 40% of the mainframes and personal computers in Eastern Europe
1990 - Beginning of privatization of state owned electronics and electrical engineering enterprises

Strategic location and stability
Bulgaria is located at the cross-roads of Europe and Asia. Bulgaria is in the middle of the high growth market of South East Europe. The country is a suitable export base for serving the region, the EU, Russia and CIS, and Middle East and Africa. Physical infrastructure plays an important role in the access to international markets. Bulga-ria provides the lowest cost access to a market of 500 million consumers (Russia/CIS, Middle East and North Africa).

The country has the lowest tax rate and one of the lowest labour costs in the EU coupled with special incentives for investors. Besides, Bulgaria is a location with significant access to EU funding - more than EUR 10 bln in EU funds. It offers a combination of political and macroeconomic stability and incentives for doing business: stable parliamentary democracy, EU, NATO and WTO member, Invest Bulgaria Agency remarks.

With a strong macroeconomic and financial performance the country has competitive advantages in the region. There are 14 functioning industrial zones and 26 more under development, all of them suitable for manufacturing companies.

Developed cluster zones
There a number of established cluster zones in the electronics and electrical engineering sector in Bulgaria. Botevgrad is the electronics manufacturing center of Bulgaria. The city, located only 60 km from Sofia, has strong historic traditions in the industry and is home of the manufacturing facilities of IMI, Incotex, Sensata Technologies and other companies.

Sofia - the capital of Bulgaria, is the center of executive, legislative and judiciary power and also the financial hub of the country. The city is home of Siemens Bulgaria, Schneider Electric, Hyundai Heavy Industries , Festo Bulgaria, Sensornite, etc.

One of the oldest settlements in Bulgaria, Yambol, is strategically located in the heart of the country. The regional administrative center is also home of Yazaki Bulgaria. Plovdiv - the second largest city in the country, is a major administrative, industrial, transport and tourist destination. It is the home of the manufacturing facilities of Liebherr, Schneider Electric, BTL industriel, etc.

Highly-skilled and affordable HR resources
Because of the traditions in the sector, Bulgaria offers qualified, experienced and skilled workforce for the needs of the electrical engineering and electronics industry - from assembly workers to highly qualified engineers. There are experienced assembly workers available at very affordable and the most competitive in Europe labor cost. The overall quality/cost ratio of the workforce is very good.

Bulgarian technical high schools and universities are working together with the companies in the sector to create future qualified workforce. There are five technical universities in Bulgaria offering majors in electronics and electrical engineering. About 30 000 university students are enrolled in majors related to the Electrical Engineering and Electronics manufacturing. In addition, many Bulgarian students study engineering in Universities in Europe, USA and the rest of the world and could be considered by sector companies as potential employees

According to Invest Bulgaria Agency’s report, Bulgarian secondary education is among the best in the world with the country ranking 5th in the world in sciences and 11th in mathematics in 2013. Bulgarian high-school algorithm writers have been among the medalists at International Olympiads in informatics for 17 years now.

In 2013 there are about 45 000 people employed in about 2 300 companies in the electrical engineering and electronics sector. More than 75% of the production of electronics manufactured in Bulgaria is exported. Key markets are the EU countries, Russia and CIS, USA.

Conductors and cables represent 25% of the total sector exports, followed by industrial batteries with 11% of the exported production and electrical apparatuses with 8% of the export. The export mix has been changing in the recent years towards products with higher added value requiring more engineering skills, Invest Bulgaria Agency reports.

International companies in the sector

The company presentations contain information provided by Invest Bulgaria Agency, the companies themselves or based on their corporate websites.