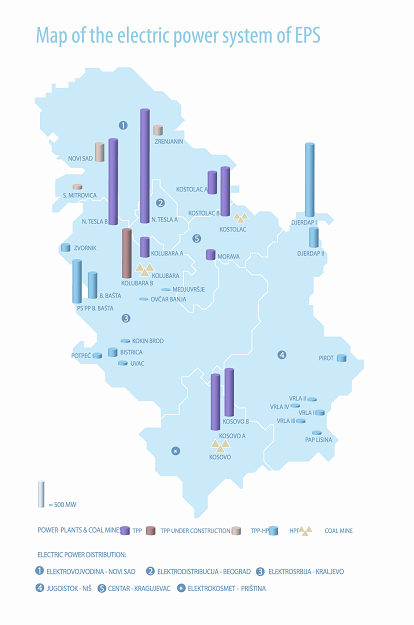 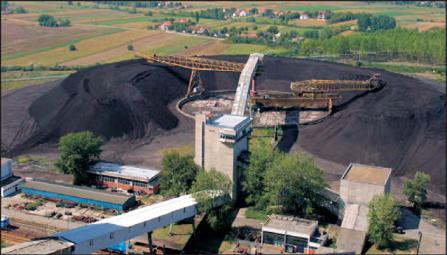 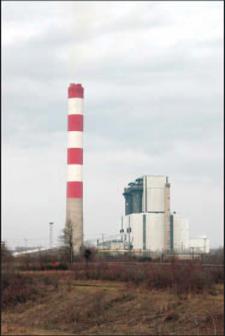 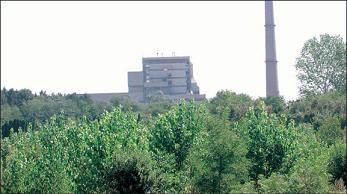 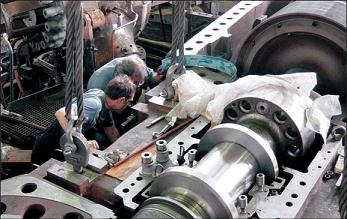 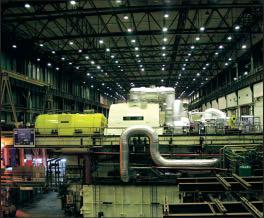 After a long history, nowadays the electric power industry in Serbia has one name Elektroprivreda Srbije. Public Enterprise ”Electric power industry of Serbia” (PE EPS) was established by Decision of the Government of Serbia which entered into force on 1 July 2005. The same year PE EPS was unbundled, transmission activities were separated and two autonomous public enterprises were established - PE Electric Power Industry of Serbia and PE Electric Power Network of Serbia.

The Electric Power Industry of Serbia is the largest enterprise in the country. The installed capacity of the power plants amounts to a total of 8,355 MW, as follows:

EPS operates three power plants of total capacity 461 MW which are not in the ownership thereof.

The Electric Power Industry of Serbia is the largest producer of lignite in the country, with a potential annual production of around 50 million tons. The coal basins of Kolubara, Kostolac and Kosmet (As of 1 July 1999, EPS does not operate their plants on the territory of Kosmet) are in the direct vicinity of thermal power plants. Supply and sales of electric power to almost 3.3 million customers on the territory of Serbia (without Kosmet) are carried out in the scope of the electric power distribution activities of EPS.

• TPP Nikola Tesla A (with a total of 6 blocks)

• TPP Nikola Tesla B (with a total of 2 blocks)

• TPP Kolubara (with a total of 5 blocks)

• TPP Morava (with one block)

TPP Kosovo (As said, as of 1 July 1999, EPS does not operate its facilities on the territory of Kosmet)

HPP “Djerdap I” has two-level water locks (ships enter the chamber and then they are “led” into the end water level of the Danube at the chamber end). In terms of chamber dimensions, these water locks are among the largest ones in the world. The construction of HPP “Djerdap II” officially began on 3 December 1977, and the first units were put into operation in 1985. This hydro power plant consists of: a power plant, water lock, spillway and non-spillway dam, as well as a dam crossing in the middle of which is the border between the two countries. The project allows a possibility for construction of a railroad across the dam.

Hydro PowerPlant Djerdap 1 has a comparatively small dynamic volume, but under the daily operation regime with two peaks and together with HPP Djerdap 2 as a compensating reservoir, it manages to place a major part of generation into the variable part of load diagram. The power plant is a storage plant, with short supply components and backing up (water pipe-turbine-generator-discharge pipe), which enables rapid change of load. The unit capacity is 175 MW.

HPP Djerdap 2 is virtually a compensating reservoir and most of its production is placed in the constant part of the load diagram. It cannot, therefore, take part in the system’s load regulation. It is also limited by navigation requirements (Qmin =2000m3/s) and permitted water level oscillations of 60 cm at the mouth of the River Timok. The unit capacity is 27 MW.

HPPs Zvornik, Bajina Basta and Potpec are power plants with possibilities for daily and weekly water regulation, respectively (Bajina Basta). The smallest regulation possibilities are at HPP Zvornik, due to filled-in storage reservoir. By constructing plants on the section Zvornik - Bajina Basta, the variable operation problem of HPP Zvornik (power plants in a sequence) would be solved. This group of power plants may take part in the system’s load regulation and may also take part in providing the rotating reserve, and they may therefore also use the seasonal regulated waters in the upstream storage reservoirs (Piva, Uvac, Kokin Brod).

HPP Ovcar Banya and Medjuvrsye (among the oldest plants) are, according to their characteristics, actually distribution plants. The size of the installed discharge (40m3/s) compared to the available water pipe (34m3/s), and particularly the sediment filling in the storage reservoir, practically define the production of these plants as a constant part of the load diagram.

Hydro Power Plants Limske (Uvac, Kokin brod, Bistrica) have an available large storage area and in that sense are very flexible and widely used resource. They may be used practically for all purposes in the system, from regularly meeting the consumption in terms of energy and capacity, through all forms of reserves in the system (also including the cold reserve), up to load regulation in the system and seasonal water regulation. The long water pipe at HPP Bistrica prevents faster load changes, however the existing ones are sufficient.

HPPs on the River Vlasina, given a high degree of installed capacity (Qi =18m3/s) and volume of 107 milions m3, are also plants with a wide spectre of application in the system. Given the performed repumping of waters (PSP Lisina), they may be used for all purposes in the electric power system, including cold reserve.

HPP Pirot with a useful volume of 130 milions m3 and installed discharge of 42m3/s is also convenient for all system purposes. A somewhat longer tunnel reduces the velocity of load change, but does not jeopardise this power plant function (load-frequency regulation).

The Electric Power System of Serbia also possesses one specific plant, the reversible hydro power plant Bajina Basta. In the generator operation regime, this plant is practically a hydro power plant with all its advantages – characteristics. In pumped operation this plant has very rigid characteristics. The rate of efficiency of the pumping-turbining cycle is 0.73, which defines this entire plant as a consumer. Water inflow into the upper storage reservoir is insignificant in comparison to the pumped amount of water. These reasons call for rational use of this plant in the sense of the greatest possible commitment of capacity in generator operation in the shortest possible time. Commitment in pumped operation should be adjusted, as far as possible, to the load diagram shape, in the sense of increasing or possibly reducing it, or preventing spillways and facilitating technical minimums of thermal power plant units.

It may be said that, compared to a conventional hydro power plant, a reversible hydro power plant does not use a recoverable resource (apart from taking over spillways). Therefore, there are no conveniences such as free fuel, but it depend less on the hydrological conditions and considerably more on the state of the thermal power plants’ subsystem. The efficiency of storage volume (150 millions m3; 190 GWh) classifies this plant in the list of very convenient and useful ones in terms of providing a part of cold reserve in the system.

The subsidiaries of Economic Assosiation “Combined Heat and Power Plants Panonske” plc are:

Total capacity of all these Combined Heat and Power Plants is 353 MW and their total annual production amounts to 353 GWh.

Combined Heat and Power Plant “Novi Sad” is a power plant for combined production of electric power, technological steam and heat energy. Natural gas supply is provided through connection to the main gas pipeline, fuel oil is transported by a fuel oil pipeline, while the vicinity of the Danube enables comparatively easy supply of this Combined Heat and Power Plant with required amounts of cooling water.

Based on Public Enterprise ”Electric power industry of Serbia” data.