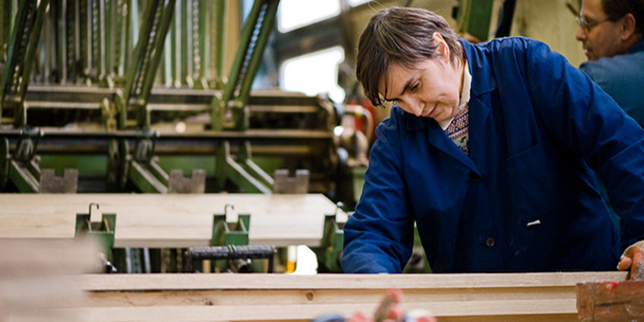 The European Bank for Reconstruction and Development (EBRD) is taking up another step in supporting small and medium enterprises in Turkey, helping them get better access to financing.

The project is aimed to assist micro and small businesses in the country. In order to do that the Bank is lending EUR 16,5 million (100 million Turkish lira equivalent) to the local factoring firm TAM Faktoring. Factoring is a financial tool which functions in two ways - addressing working capital needs for small businesses and fostering an enabling business environment. Turkey is still divided by a very visible economic disparity between east and west. Such instruments provide a tangible way in which money can be channelled to the country.

The EBRD is planning to boost SME’s growth in a challenging business environment with this measure. Small businesses in Turkey will have greater access to much-needed local currency funding thanks to a TRY 100 million loan provided to TAM Faktoring, a fast-growing factoring firm”, the Bank further announced on its website.

“The financing to the company will directly benefit MSMEs, which employ nearly three in four people and constitute 55 per cent of the country’s GDP, yet have limited access to traditional bank finance. The loan, denominated in Turkish lira, is part of the EBRD’s continued support for local currency financing in the country. Increasing access to long-term and stable financing for non-bank financial institutions, especially in Turkish lira, is essential to the recovery of the Turkish economy”, the EBRD’s official press release disclosed.

The Bank is a 9,5 per cent shareholder in TAM Faktoring. It has already provided the company with loans amounting to a total of 80 million TRY.
“The EBRD has invested over EUR 11 billion in 283 projects in Turkey since 2009, with a focus on investment in sustainable energy, improving infrastructure, strengthening the competitiveness of the private sector, deepening capital and local currency markets, and promoting regional and youth inclusion and gender equality.

The overwhelming majority of EBRD investments in the country are in the private sector. Last year alone the Bank invested over EUR 1 billion in Turkey, of which one-third - EUR 331 million - was extended in local currency”, the release also said.

The EBRD supports businesses from many industries in Turkey, such as food and beverages, wholesale and retail distribution and construction and engineering. Investments are not only aimed at the major cities. In fact, most of the projects funded by the Bank are in the eastern part of Turkey where income per capita is 75 per cent below the Turkish national average.

Through project financing 85 per cent of companies in Turkey increase their turnover – with a median increase of 21 per cent – and 64 per cent improve their productivity, as they expand their business. 61 per cent see significant job creation and 12 per cent secure external funding to finance their growth, the EBRD also notes.