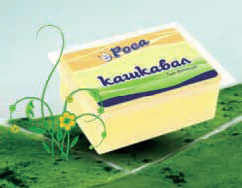 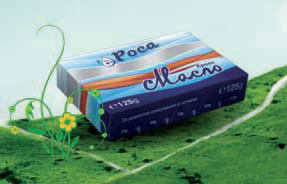 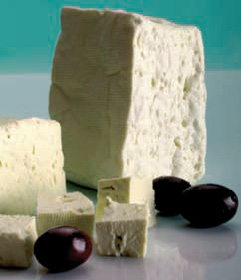 Investment in Fama, Bulgaria
The EBRD is providing a 5.5 million Euro mezzanine loan to Fama, Bulgaria’s third largest manufacturer of milk products, to finance the company’s investment programme. With the EBRD support, Fama will increase its competitiveness, boosting the development of the local dairy industry. The project will enable Fama to expand its market share by building its own distribution network in Varna, Sofia and Plovdiv, the company’s largest regional markets. The company will also launch the production of added value products, such as long-life milk, while outsourcing low-margin products. In addition, the EBRD funds will help Fama to refinance its short and medium-term loans, strengthening its balance sheet. GED Eastern Fund II, the private equity fund which owns Fama, is co-financing the project with additional 2.5 million Euro.
"This project will assist Fama in becoming a strong and efficient market player. It will boost the competition in the Bulgarian dairy sector and improve the company’s linkages with suppliers and distributors, while bringing higher quality products to consumers," said Peter Bryde, EBRD Deputy Director for Agribusiness.

The loan gives opportunity to Fama to optimize its production
"Fama will be able to optimize operations and increase its production, adapting to new market conditions. The dynamics of the raw milk supply during the last two years created new challenges for both farmers and dairy producers. The project will support the whole value chain of the business and further development of the quality dairy market in Bulgaria." said Mr. Robert Luke, President of Board of Directors of Fama. "We were caught in a perfect storm last year," added Mr. Luke. "Everything that could go wrong did go wrong." That was the year the cost of milk shot up 50 per cent in the space of a few weeks due to the international food price crisis. At the same time, the global liquidity shortage transformed Fama’s relationship with its creditors almost overnight: banks around the world were suddenly unwilling to continue providing the working capital on which their clients relied. Because we were at the start of the recession, dairy companies were unable to pass on the increased cost of milk to consumers," Mr Luke recalls. "So very significant losses were made throughout the industry".Only 12 months previously, Spanish-based private equity firm GED Capital Development had bought Fama and started an ambitious turnaround programme. It aimed to build on the family-owned company’s leading position in north-east Bulgaria and transform Fama into a national player with modern and transparent business practices. Despite the big rise in milk prices and the financial and economic crisis, the turnaround is still ongoing and Fama ranks as Bulgaria’s third biggest dairy producer.

An EBRD crisis-response investment
of up to 5.5 million Euro is aimed at helping the company to continue this process whilst also shoring up its finances in what remains a challenging climate. "Fama has become a professionally-managed company with best business practices from corporate governance to quality control," says Sofia-based Associate Banker Borislava Gabrovska from the EBRD. "They are building strong links with local milk farmers, improving their production facilities, developing their own distribution network and raising the overall industry standards," adds Anna Mangova, an associate banker in the EBRD’s Agribusiness team. "So this is a very appealing project from a transitional perspective".
GED purchased Fama through its Eastern Fund II. As the single biggest investor in the fund, the EBRD has established a strong relationship with GED over the last 14 years. Fama is the fund’s first project in Bulgaria, but GED has a good track record of turning around companies in neighbouring Romania. Mr Luke, who is also GED Capital Development’s managing director, remains upbeat about Fama’s long-term future. "The Bulgarian dairy market is very fragmented, especially when it comes to cheese products," he says. "But it is virtually impossible for small companies to compete with a well-managed business like Fama that is fully up to western standards.
"That status also means that, when it is time for us to exit, we will be able to sell Fama to a strategic investor". In the meantime, Mr Luke is appreciative of the EBRD’s help in steering Fama through its current difficulties. "In Bulgaria, with regard to this type of problem, the EBRD is the only game in town," he says. "The Bank’s additionality is absolutely clear and evident to everybody".

"FAMA" SA
FAMA is a joint-stock company, which started its business activities in 1991 and since then it has been developing in two major directions: the production and marketing of dairy products. The company opened its first milk-processing facility in the village of Tsarichino, municipality of Balchik in 1991. The specialized machinery at said facility is made by "Hoegger Alpina" (Switzerland), and all other equipment is made by leading Bulgarian companies, holders of ISO certification. Yellow cheese, cheese-and-ham rolls, curd and butter are produced there. All raw materials and finished products are tested in-house at the specialized laboratory. This facility has been licensed to export its produce.
"Dobrich" Milk Processing Plant of FAMA opened in 2003. The Plant has all the facilities and equipment for the production of fresh milk and yogurt for immediate consumption, traditional Bulgarian white cheese, soft and semi-hard cheeses, and cream. "Dobrich" Milk Processing Plant was licensed for the production and export of dairy products to the European Union in December 2003.
In August 2004 FAMA opened a milk processing plant for the production of yellow cheese in the village of Dobroplodno. In April 2006 "FAMA" Group - "Serdika" has come into being and - with the acquisition of the majority share of "Sedika 90" (Dobrich) - "FAMA - Serdika" has become one of the ten leading milk producers in Bulgaria.
Both milk processing factories of FAMA have a combined processing capacity is 180 tons of milk per day and have been licensed for the production and export of dairy products to the EU countries. The production facilities are equipped with modern technological lines which are a guarantee for the high quality of the production.
Product range includes pasteurized milk, yoghourt - from cow’s, sheep’s and buffalo’s milk; concentrated yoghourt, cream, ayran; traditional Bulgarian white and yellow cheeses (from cow’s, sheep’s milk); the cheese-and-ham roll; curd, butter, etc. All the products are made from ecologically clean milk and the unique Bacilicus Bulgaricus.

EBRD support to leading cheese producer in FYR Macedonia
The EBRD is boosting competition in the Macedonian dairy industry with a 1 million Euro loan to Zdravje Radovo, to finance the dairy company’s expansion and diversify production. Zdravje Radovo is one of the top three dairy producers operating in FYR Macedonia, currently offering to consumers over 40 products. The proceeds of the EBRD funds will finance capital investments aimed at increasing the range of Zdravje Radovo’s products through new value added produce under the company’s brand.
The Bank’s support will help Zdravje Radovo consolidate its strong position on the Macedonian dairy market, and will enable the company to expand further in neighbouring countries.
"We are pleased to support a strong local player in the Macedonian dairy industry in its drive to serve consumers high quality and competitively priced products. This transaction will benefit the wider dairy industry in the region through increased competition and stronger linkages with local farmers," said Gilles Mettetal, EBRD Director for Agribusiness.

Dairy Zdravje Radovo
The Dairy Zdravje Radovo commenced with operation in November 2001, in ecologically suitable environment that covers the region between the mountains Ograzden and Belasica, 10 km from Strumica. Recently, its production has been expanded with a new production capacity in Kumanovo, which presents continuation of the tradition of the fifty-year existence and production by former ZIK Kumanovo (Agro-Industrial Combine Kumanovo). Its continual operation of introducing new products, such as the yellow cheese "Cacko", vegetable-based yellow cheese, feta cheese, milk, fermented milk, yoghurt, led to extension of the assortment of product that in the beginning comprised approximately ten "hard" dairy products (cheeses and yellow cheeses). Nowadays, its complete production assortment covers approximately 40 products, which can be classified as "hard" dairy products and liquid products programme (milk, yoghurt, fermented milk). The development and success of the Dairy Zdravje Radovo implies increase in the personnel. The number of 8 employees at the beginning has risen to 120 employees.
The Dairy Zdravje Radovo has at disposal two production capacities, in village Radovo - Strumica and in Kumanovo. The capacity in village Radovo - Strumica produces cheeses, yellow cheeses "Cacko", vegetable-based yellow cheeses and curds. The production facility in Kumanovo produces all other products: milk, yoghurt, fermented milk, yellow cheese "Kumanovo" and many other types of yellow cheeses. The initial capacity for daily processing of milk of 2500 liters has been increased to 45 000 liters.
The total sales and distribution of products is being conducted from a warehouse in Skopje, located at the export Customs Terminal. The distribution covers all cities and towns in the Republic of Macedonia. A confirmation of the growth and development of the Dairy Zdravje is the expansion of the sales of product on territories outside the Republic of Macedonia. The products of the Dairy Zdravje are being exported to the markets in Kosovo, Serbia, Monte Negro, Bosnia and Croatia.