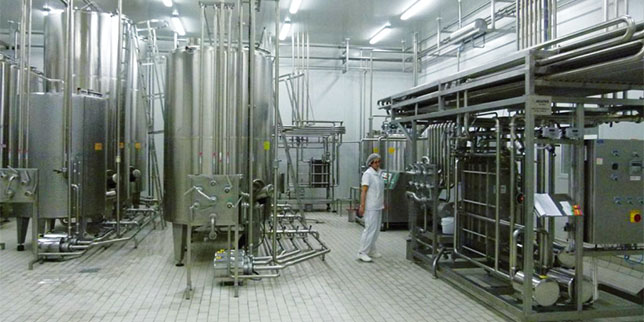 The European Bank for Reconstruction and Development (EBRD) and the EU announced that their joint two-year program, supporting the competitiveness of small and medium enterprises in Bosnia and Herzegovina, has been successfully implemented so far. During the first one and a half years of the program the two institutions have granted small businesses in the Balkan country multiple small loans amounting to a total of 15,7 million euro. Candidates in the project are expected to receive about 4 million euro more until the scheduled end of the program.

There is a steady growth of the exhibition areas, exhibitors and visitors from Bulgaria

"Small and medium-sized enterprises (SMEs) are central for economic development. Small businesses and entrepreneurship traditionally represent a source of growth. They are generators of jobs and contribute to improvements in production, work productivity and business efficiency. The biggest problem of the private sector and SMEs, aside from administrative barriers, is the lack of capital. The experiences of developed countries suggest that entrepreneurs need to be provided with favorable financial incentives that would secure the funds for investments"", the EBRD commented on the program implementation.

"The European Union has established a long-lasting cooperation with the EBRD in the implementation of SME support programs in Bosnia and Herzegovina by complementing EBRD loan funding with grants coming from IPA, the Instrument for Pre-Accession. These programs have yielded impressive benefits. The EBRD experience in the EU’s SME policy aims to create maximum benefits and further synergies by facilitating the introduction of EU standards through the provision of adequate advisory services as well as better access to finance"", said Andrea Vera, Head of Section - Economic Development, Infrastructure and Natural Resources, Delegation of the European Union to Bosnia and Herzegovina.

The financial support from the EBRD and the EU is aimed at increasing the SMEs market competitiveness on a local, regional and global scale. So far 58 projects in the fields of wood processing, metal processing and food industry have received funding under the program. 44 of them have already been completed.

Among the local companies that received support is the Padjeni dairy in Bileca.

"In order for a company to succeed in our market, it constantly needs to upgrade its production and products. To make that happen we need to invest in new technologies and new products. The EBRD/EU project has motivated us to complete an investment of 800 000 euro this year. We completed a facility with the capacity to process nearly 60 000 liters of milk a day into 30 different products. As part of the project, we managed to purchase a yoghurt bottle filling machine, an electric generating unit and the enlargement of our production hall facility"", the company’s general manager Nenad Vukoje said.