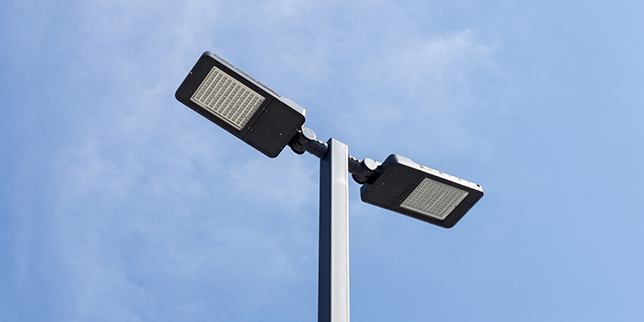 Over 30 municipalities in Serbia will benefit from lighting refurbishing projects, the European Bank for Reconstruction and Development (EBRD) announced. The projects are being implemented under the Regional Energy Efficiency Programme. It supports Western Balkan countries to improve their energy efficiency and move closer to EU standards. “The EBRD programme, funded by the European Union and implemented in cooperation with the Energy Community Secretariat, provides policy dialogue and financing through either credit lines or the direct financing of municipalities”, the Bank stated on its website.

Veliko Gradiste in Northeast Serbia is one of the municipalities that take part in the initiative. By refurbishing its street lighting system, it has achieved greater energy efficiency and major cost savings. An application to the EBRD’s Regional Energy Efficiency Programme was successful and the municipality installed new street lights with support from a contractor selected through a public tender, the Bank further explains.

“One of the main challenges for small municipalities like ours is a small budget. Compared to other nearby municipalities with stronger industries and higher population numbers, our budget for development and investments is limited.

So the realisation that Veliko Gradiste could make significant savings in electricity spending through refurbishing its street lighting system was very welcome”, explains Aleksandar Ignjatijevic, the municipality’s Energy Manager.
The municipality’s expenditure on electricity has now gone down from EUR 6400 per month to EUR 1800. Before the system’s installation it used around 950 000 kWh per year, compared to only 260 000 kWh now.

“The benefits of this project are multiple”. Costs that are three and a half times lower, a better quality of street lighting, a system that is more reliable and efficient, the financing of the project through savings and, finally, happy citizens”, Ignjatijevic says.

“The Western Balkans is still heavily dependent on ageing coal-fired thermal power plants and suffers from high levels of pollution. Carbon intensity per GDP in Kosovo, Bosnia and Herzegovina and Serbia is more than six times higher than the EU average and Skopje has been described as the most polluted capital in Europe by the World Health Organization (WHO)”, the EBRD said in a press release.

“Multiple benefits that energy efficiency improvements could bring are obvious: lower energy bills, lower CO2 emissions, better heating and lighting in schools, hospitals, homes, job and wealth creation. The countries in the Western Balkans should now use the opportunity offered by this unique programme and invest in energy efficiency, gaining all these benefits”, Violeta Kogalniceanu, Head of the Infrastructure and Energy Efficiency Unit of the Energy Community Secretariat, commented on the need to improve energy efficiency in the region.

“Through its membership of the Energy Community, Serbia has already committed to adopting EU Energy Efficiency rules and standards. The EU, international financial institutions, and other donors have all made substantial contributions to making dedicated energy efficiency finance available and affordable to people in Serbia”, Sem Fabrizi, Ambassador of the European Union to Serbia, stated.

Hella Saturnus Slovenija, a subsidiary of German group Hella, plans to build an EUR 107,7 million logistics centre, which will include a laboratory, logistics and production facilities, as well as a high rack warehouse...

euroLighting presents the new flicker-compliant AC COB modules according to the new EU regulation 2019/2020. You will find more about their specifications in the article here...