EBRD and CTF will support geothermal energy projects in Turkey 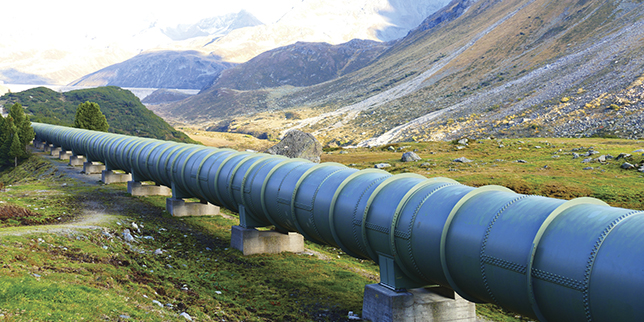 The European Bank for Reconstruction and Development (EBRD) and the Clean Technology Fund (CTF) will launch a programme aimed at supporting the exploratory drilling investments related to Turkey’s paramount geothermal energy potential. The partners announced this decision during the 35th Energy Efficiency Forum in Istanbul, which took place on the 14th of January this year.

The so-called PLUTO initiative is worth US $125 million and will provide finance and advice to private developers to help minimize the high risks geothermal energy projects are facing in their initial stages - such as high investment costs and development risks, as well as very limited access to project finance once drilling has confirmed the resource.

Named after the ruler of the underworld in classic Roman mythology, PLUTO combines US $100 million from the EBRD and US $25 million from the CTF, which is a funding window of the Climate Investment Funds. The whole programme is part of a global push by multilateral development banks to scale up geothermal energy production and is structured in two phases. Part one makes financing energy exploration available, drawing on the funds provided by the CTF. Should this exploration prove successful, the EBRD becomes able to finance the ultimate stages of drilling and also the construction of the power plant as the second phase.

PLUTO aims development at five new geothermal power plants (GPPs) with combined capacity of at least 60 MW, which are able to generate over 450 GWh of renewable energy per year. This alone will increase the quantity of installed geothermal capacity in Turkey by over 10% and thus make a considerable contribution to reaching the renewable energy targets the country has set itself. The country has pledged to develop 30% of its total installed renewable capacity by 2023, intending to additionally install 34 GW of hydropower, 20 GW of wind energy, 5 GW of solar energy, 1 GW of biomass and 1 GW of geothermal.

"The EBRD is the first international financial institution to help private geothermal energy developers bridge the equity gap. Our goal is to unlock the vast amounts of renewable energy trapped deep underground and to attract more private investment and bank financing in the sector, moving away from reliance on purely public funds," states Dr. Adonai Herrera-Martinez, Senior Manager in the EBRD Energy Efficiency and Climate Change team.

The EBRD has previously financed six geothermal power plants through Turkish commercial banks: Tuzla, Gumuskoy, Pamukoren, Babadere,Alasehir, and Umurlu GPPs, and also has financed the largest geothermal power plant in Turkey and the second largest in Europe - Efeler GPP. The completed projects in 2015 alone amount to EUR 1,9 billion worth of grants, which makes Turkey the top destination of EBRD financing.

The Bank first began investing in Turkey in 2009 and presently has offices in Istanbul, Ankara and Gaziantep. Since then, it has invested over EUR 7 billion in the country through numerous projects in infrastructure, energy, agribusiness, industry and finance, and mobilized about EUR 16 billion for these ventures from other financing sources.

The EBRD is the largest financier of renewable energy and energy efficiency in the countries it invests in. The Bank has had a powerful environmental mandate ever since its start and has steadily increased its activities to promote the proper use of energy and resources. Recently, the EBRD has adopted a target to double its sustainable energy and resource funding to EUR 18 billion within the next five years.